A new Google backed cable linking the U.S. and Japan has now come online, delivering up to 60 terabits per second of bandwidth to both nations, which should massively improve internet speeds between the two countries and across the Pacific in general. Google claims this is the world's most data-intensive undersea cable ever.

To give it some context, 60 terabits per second is the equivalent of 60 million Mbps, so provides an enormous amount of bandwidth for both the nations and cities linked by the project. It connects San Fransisco, Los Angeles, Portland and Seattle, with two points in Japan.

Known as the FASTER cable, the Google backed project also received support and funding from the likes of China Mobile International, China Telecom Global and Global Transit among others. The project was initially announced back in August 2014 and has taken until now to be completed. Its total cost was over $300 million (£223 million). 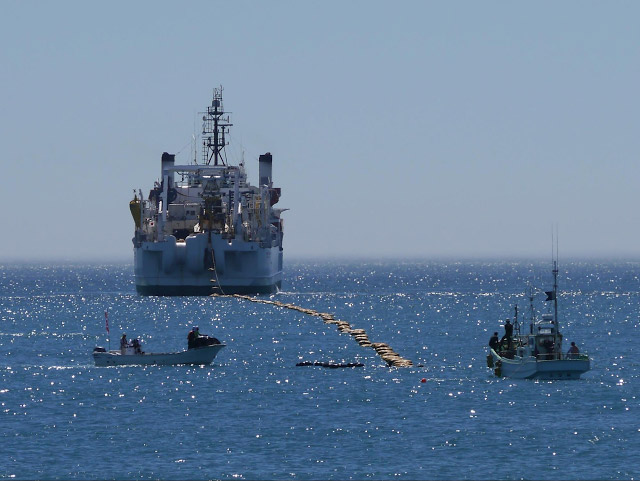 As explained by Google's Urs Hölzle, FASTER is the first undersea cable to utilise multiple-colour light transmissions through the fibre optics. It features a repeater every 60KM which we're told “re-energises,” the transmission, which is what allows it to maintain its ultra-high-bandwidth through the 9,000KM (5,600 miles) it spends beneath the waves.

Google plans to utilise the new high-speed cable as part of its Google Cloud Platform when it launches in Japan later this year.

As the Telegraph points out though, this cable may not be the highest-bandwidth cable in the world for long. Google is backing another project which will connect Florida and Brazil by the end of this year, while Facebook and Microsoft are working to introduce a cable that crosses the Atlantic and connects Virginia Beach and Spanish city Bilbao.

KitGuru Says: If Google wants to lay one of these cables right up the River Severn and into my pond, I'd be happy with that. Basic fiber here is fine, but I can't hide my green eyes when I see some of you with 100 Mbps+ connections.