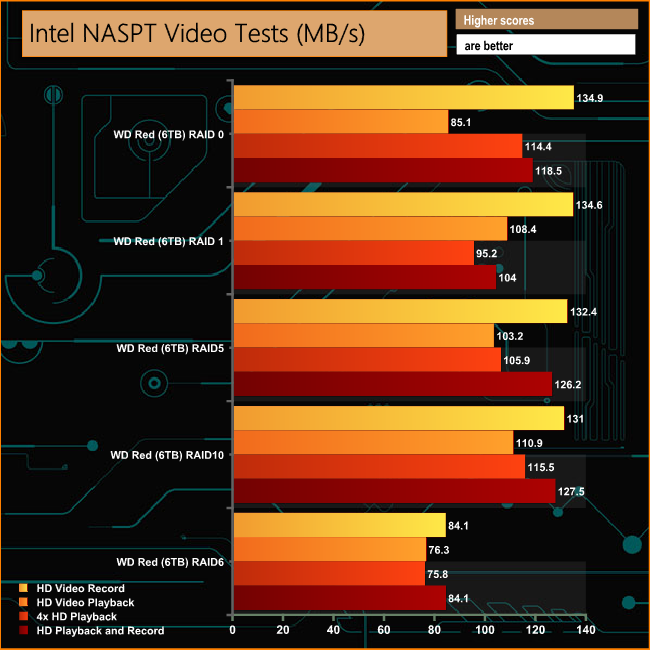 The HD Video scores from Intel’s NASPT shows the benefits brought by the quad-core processor and decent amount of dual channel memory. Good performance is shown, with 100MB/s + speeds across most of the tests, excluding the RAID 6 performance which drops somewhat alarmingly for all the tests. 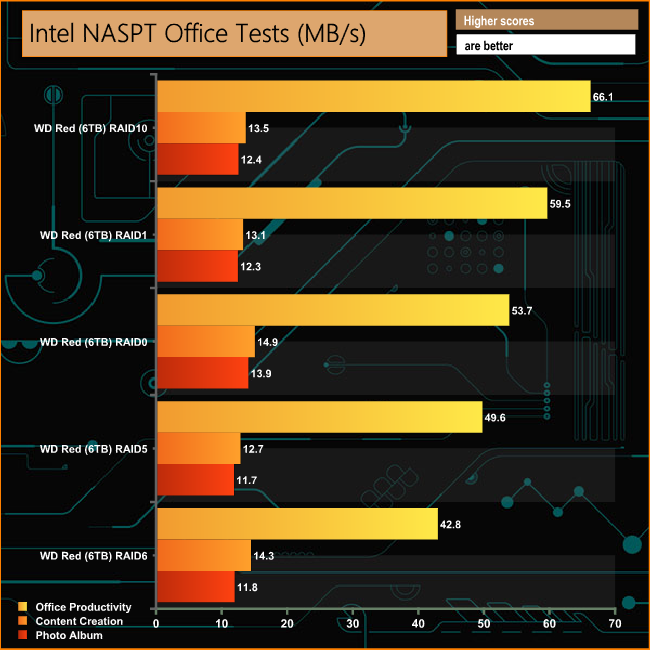 When it comes to dealing with everyday workloads, the AS6204T handles them without too much difficulty. There’s pretty good consistency across the range of arrays when the NAS is dealing with the multi file/file types of Content Creation test and opening the multiple small files of the Photo test.

Previous 4chan is going broke, may need drastic changes
Next 4G coverage still patchy, but EE is now the fastest