Asustor refresh their NAS product lines on a regular basis allowing them to bring in the latest CPU technologies and other hardware advancments to a range of NAS devices ranging from value units for the home up to powerful NAS designed for the SMB market sector. The AS6404T is a refresh of last year's AS6204T (which we have reviewed here) bringing with it an Apollo Lake quad core Celeron J3455 in place of the Celeron N3150 powering the AS6204T and replacing some of the older external ports with faster, more modern ones. 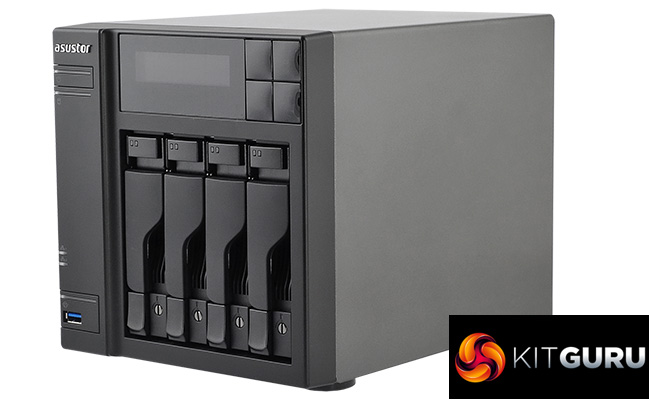 From the front, the AS6404T looks identical to the previous generation AS6204T but once you turn it around to look at the rear panel you can see some important changes, not only in the port layout but the type of hardware too. The S/PDIF port in the AS6204T has been moved down from the top of the panel to the bottom in the AS6404T and replaced at the top by a USB 3.0 Type-C port. The HDMI 1.4a port has been upgraded to HDMI 2.0 in the new NAS, and the pair of eSATA ports have been removed completely to be replaced by a pair of USB 3.0 ports. The two USB2.0 ports of the AS6204T have also gone, with both LAN ports now mounted side by side.

The latest verison 3.0 of Asustor’s ADM (Asustor Data Master) OS improves on what is already one of the best NAS operating systems around. ADM 3.0 brings a file structure change (note of caution here, if you update to 3.0 you won't be able to roll back to a previous version).

The interface has been refreshed and now has a grouping function so you can group apps together. Also new is the ability to resize all app windows which makes it easier to view long names. Desktop widgets, so useful for monitoring the health and resource status of the NAS can now be user defined and monitoring is now available dynamically so there is no need to open any further apps.

A system announcement function has been added. This is a real boon to system administrators as it eliminates the need to send around emails warning when updates, backups etc. are due. It can also be used in the home environment to notify people logged on the NAS about content changes such the addition of photos or videos.

A really useful new addition is the App Shortcuts for the Photo Gallery, SoundsGood, LooksGood and Surveillance Center apps. If you have any of these installed a shortcut can be added to the login screen so you can skip the main login and go straight to the particular app you want to use and login to the system via that app's page.

When it comes to backing up your data (remembering that RAID is no substitute for properly backing up your data) you are almost spoilt for choice with AS6404T. Want to back data to the cloud, no problem as Amazon S3, WonderBox, xCloud, CrashPlan, Box.net, HiDrive, Ralus, ASUSWebStorage, Dropbox, Google Drive and OneDrive are all supported. If not the cloud then there are remote options using FTP Explorer as well USB external drives (via the front USB One Touch button) and local backup. Then there is the MyArchive techology that allows NAS hard drives to be saved as archive disks.

We found the Asustor AS6404T available Brought To Order on Overclockers UK for £539.99 HERE

Kitguru says: A powerful, well featured NAS that is easy to set up, Asustor's AS6404T is equally suited for home or office use. The  latest 3.0 version of Asustor's ADM (Asustor Data Master) OS improves on what was already one of the best NAS OS available. 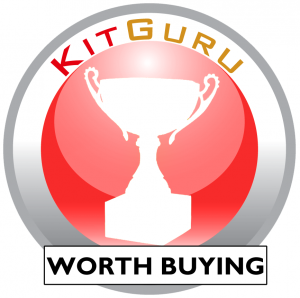