Photo Album
This simulates the opening and viewing of 169 photos (approx 1.2GB). It tests how the NAS deals with a multitude of small files. 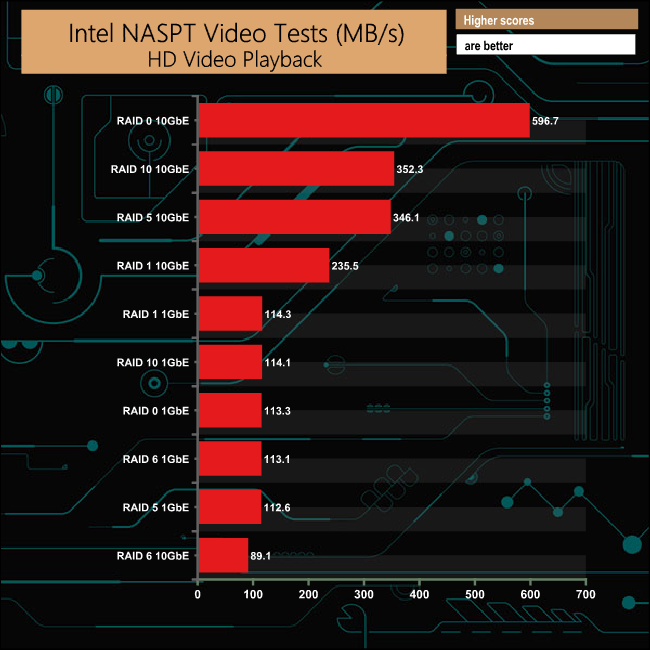 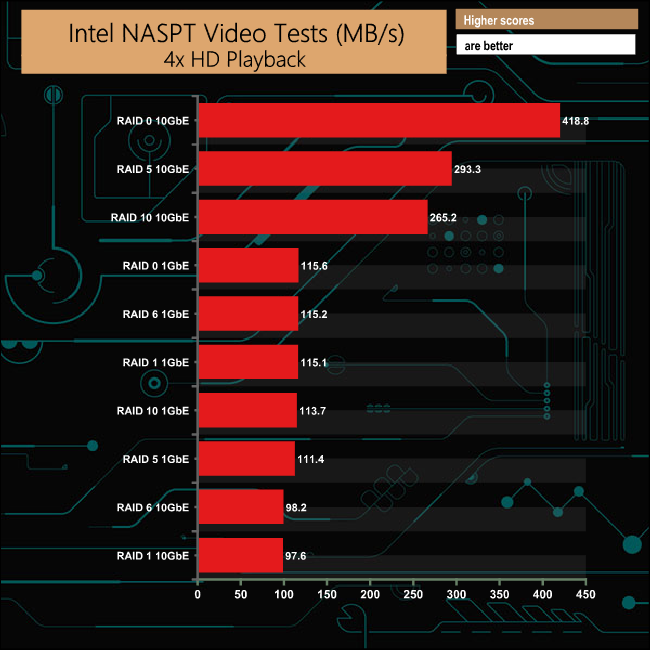 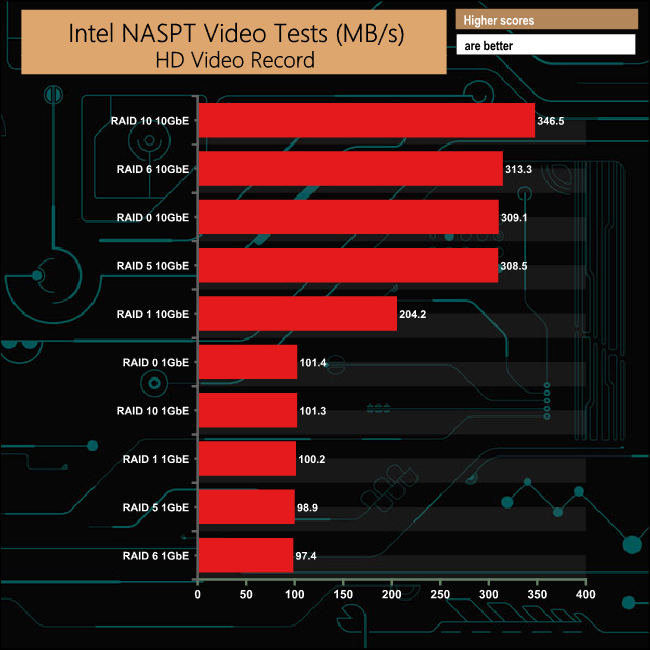 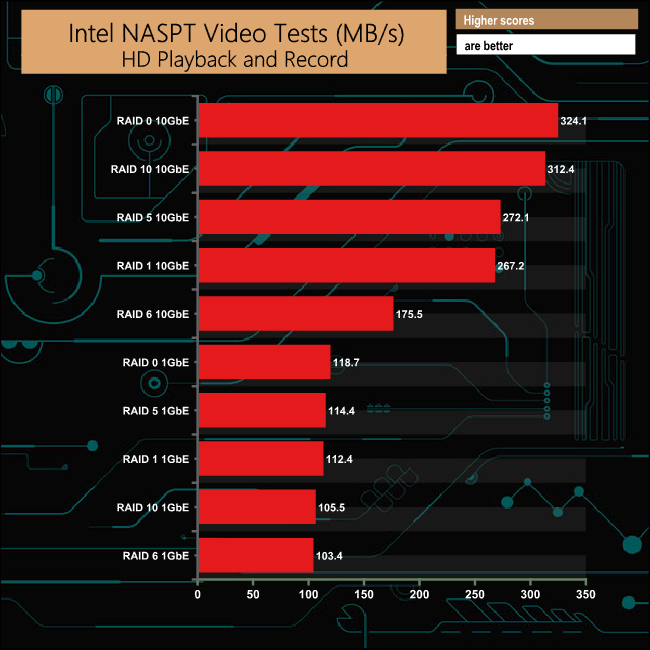 During the 10GbE test runs, something very odd was happening in the HD Video Playback test while the disks were in a RAID 6 array, as the performance dropped off completely. The same thing happened in the 4x HD Playback test where it was with both RAID 6 and RAID 1 configurations where the performance dropped off dramatically, something we still are scratching our heads about. 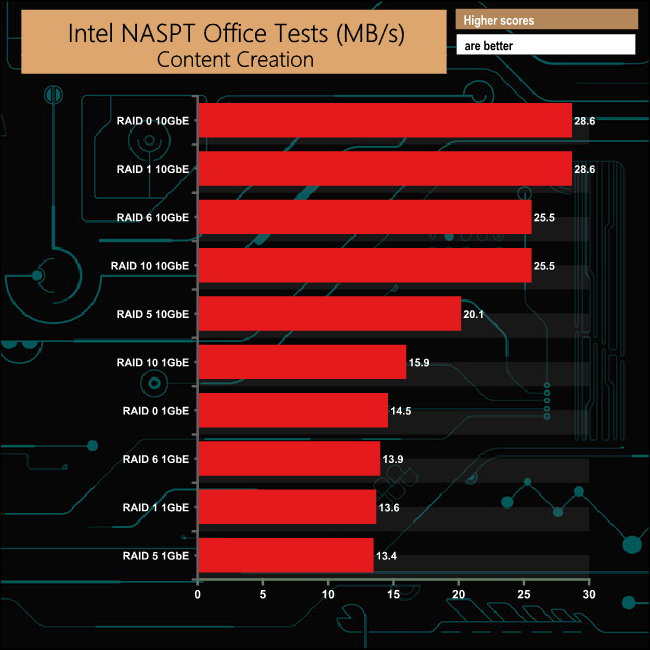 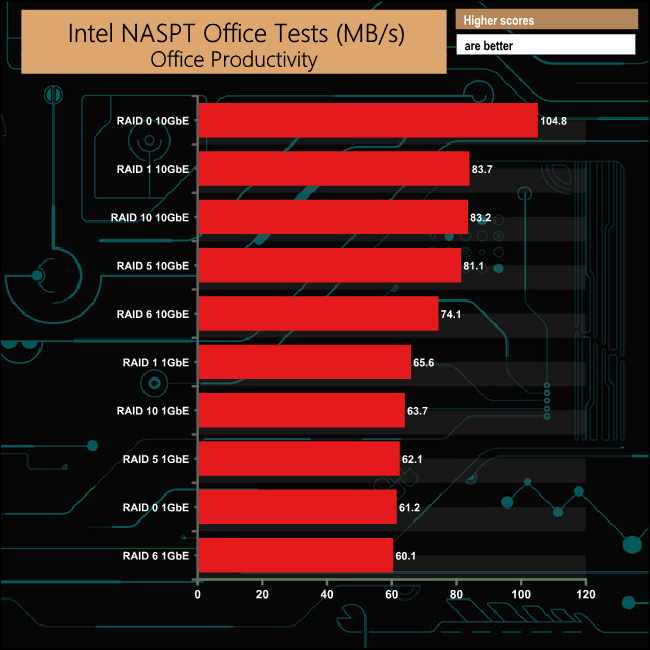 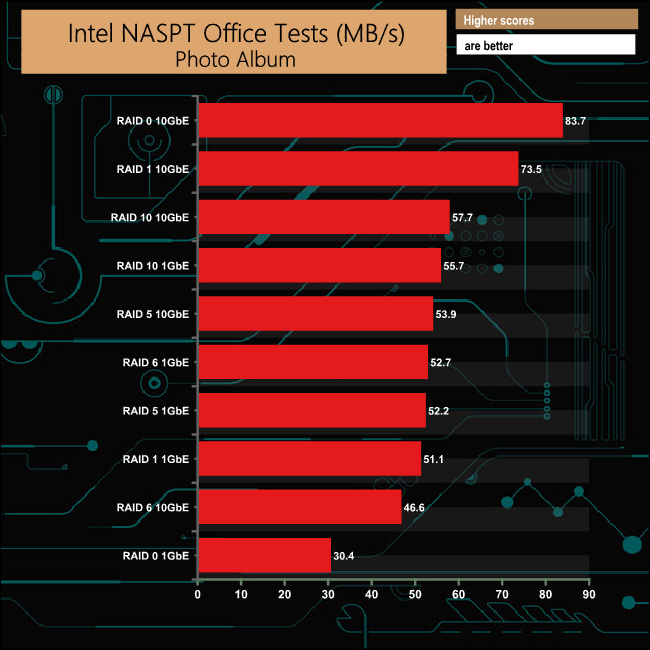 When it came to the office parts of the NASPT benchmark, the Content Creation and Office Productivity tests saw the 10GbE link results open up a clear lead. However, when it came to the Photo Album test, apart from the RAID 0 and RAID 1 arrays, the results were much closer and more varied between the two connection speeds when the drives were dealing with the myriad of small files that make up the test.