The Thecus N4350 is a compact 4-bay tower NAS powered by a Marvell Armada 388 processor which is clocked at 1.8GHz. Backing up the CPU is 1GB of DDR4 memory which can’t be increased as the memory is soldered to the motherboard. It supports drives up to 10TB in capacity with a total supported capacity of 40TB. 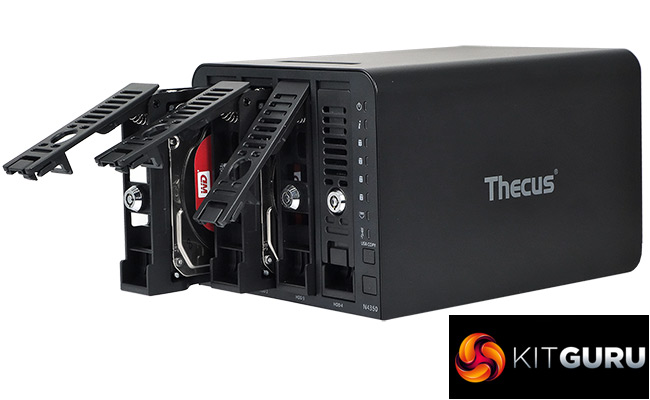 Although at first glance the Thecus OS doesn’t appear to be as comprehensive as some of its competitors, every you need to get your NAS up and running for both home or office use is there and perhaps most importantly its quick to install and easy to use.

The new OS7 version of the Thecus software runs on a new 64-bit framework which is compliant to HTML5 which Thecus say will allow for faster operating and web page rendering. The GUI has been redesigned to give a fresh new look with easier navigation around the various features and If such things matter to you, the appearance of the interfaced can be changed and you can choose the background from what’s provided to one of your own.

Thecus Wizard allows you to control the NAS via a mobile device – both Android & iOS are supported. The app allows you to set up the NAS, create RAID arrays and monitor the device including the setting up of smart alerts to inform of any problems should the NAS run into trouble.

Kitguru says: Thecus’s latest 4-bay NAS, the compact N4350 performs well enough and the new OS7 software is the most feature rich to date. With a highly competitive price tag, the N4350 may not have the bells and whistles of some of its competitor’s but if you don’t need them and just need a no nonsense NAS then it should go on any short list. 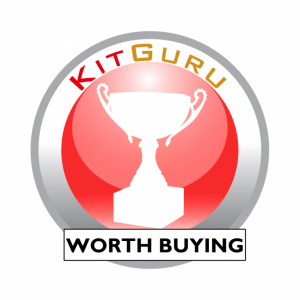 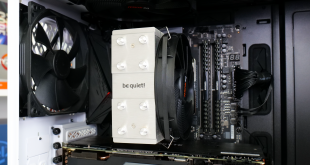