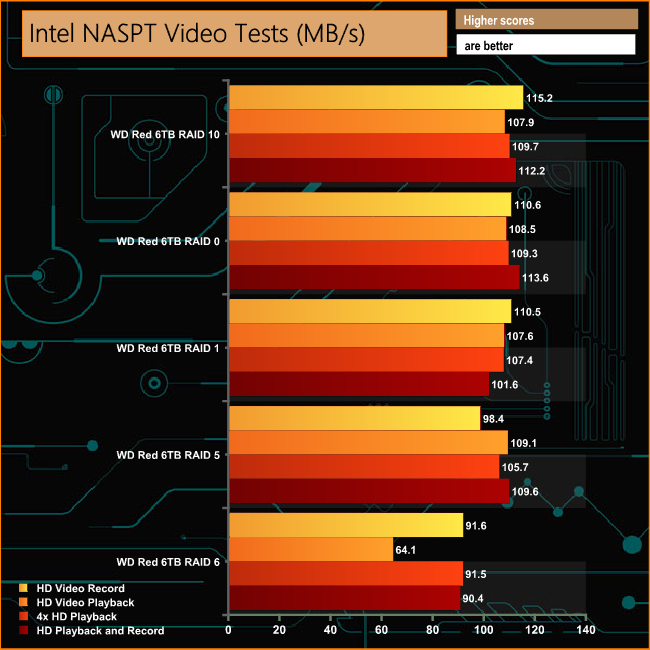 When tested with the video tests of Intel’s NASPT benchmark, the N4350 produces scores of over 100MB/s in all arrays with the exception of RAID 6 where the performance drops off particularly during the HD Video Playback test. 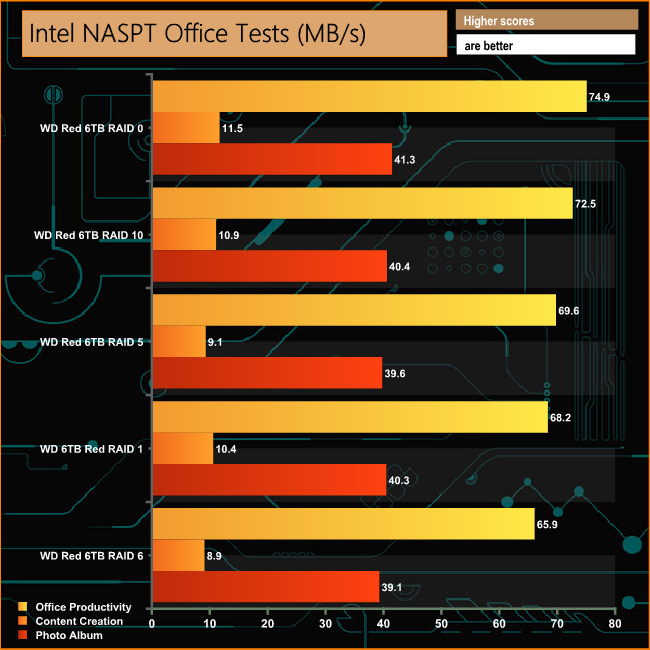 For the office parts of the NASPT test the N4350 shows pretty good consistency across the arrays. The Office Productivity test averages 70.22MB/s for the five arrays, 40.14MB/s for the Content Creation run and 10.16MB/s for the Photo Album test.