Over the last few months, LG has been busy adding new features to its 2019 TV models. Back in November LG added Nvidia G-Sync support to its OLED range and now Apple TV is available on all compatible 2019 LG TV models in over 80 countries.

Living room PC gamers were over the moon when LG added Nvidia G-Sync support to its 2019 range of OLED TVs as it offers a great alternative to PC monitors and provided fluid tear-free gaming on large displays. Now, LG has bolstered its 2019 TV features even further with the addition of Apple TV support across its range of 2019 Smart TVs.

LG announced at CES earlier this year that its 2020 line of TVs would include Apple TV out of the box and has now added that feature to its 2019 models too. The Apple TV app will be available in over 80 countries and can be easily accessed via the LG Home Launcher, where users can subscribe to Apple TV+, the company’s new video on-demand service that includes Apple Originals such as “The Morning Show,” “See,” “Servant” and “Little America.” 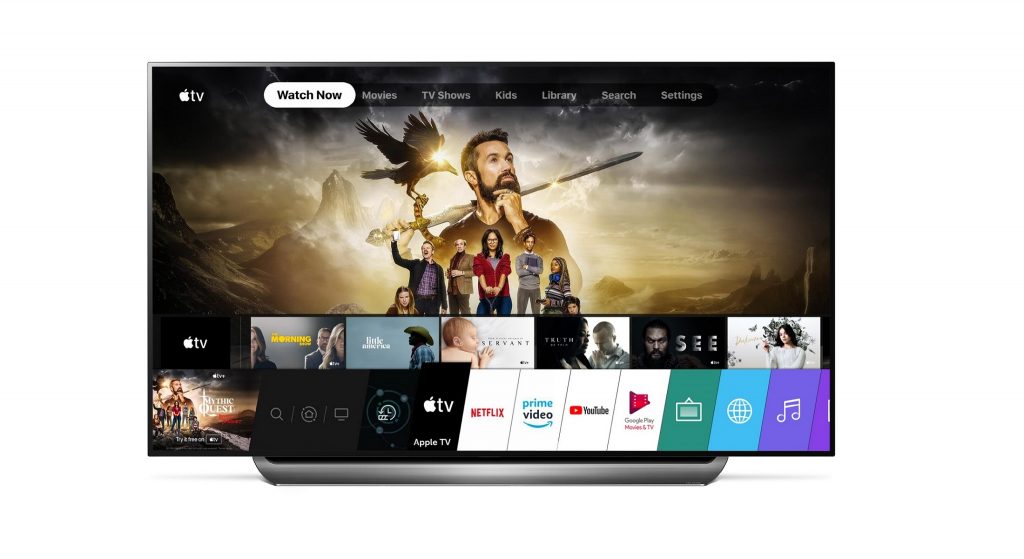 With the Apple TV app, LG 2019 TV owners can also subscribe to Apple TV channels, with premium video services available both offline and online which are ad-free and on-demand. LG TV owners will also be able to access their iTunes video library where they can buy or rent over 100,000 movies and TV shows via a simple click of the LG Magic Remote.

LG’s 2019 TV range also includes support for Apple AirPlay 2, allowing users to mirror content from other Apple devices on to the big screen. LG TV owners can also play music on the TV and synchronise it with other AirPlay 2 compatible speakers around the home.

Apple TV and AirPlay 2 has already been made available on all of LG’s 2019 OLED and NanoCell models (SM9X and SM8X), later this month, LG will add Apple TV to a selection of UM7X and UM6X series UHD TVs. LG 2018 TVs are expected to get Apple TV support later in the year via an over the air firmware update too.

KitGuru says: Have you got a 2019 LG TV that has been updated with Apple TV? How are you finding the experience of the Apple TV app on your LG TV?