Although it initially launched in 2011, price moves meant that Intel Sandy Bridge processors really started to take significant market share at the start of 2012. As the price of the 2500K dropped, it finally became the natural successor to the overclocker’s favourite: The D0 stepping Q6600. KitGuru’s awards for 2015 see a reprise for the 6600 brand name in our mainstream processor of choice section. The high-end/professional choice was a lot harder. In many ways, the Core i7 5820K is still the processor of choice for many serious users, but we wanted to flag one of the new generation.

High-End/Professional
The overclocking potential of the Skylake processors is very good and we consistently hit 4.8GHz with our Core i7 6700K sample at 1.4v. Skylake was a measurable improvement over Devil’s Canyon, with a ~200MHz boost needed on the older chips to match Skylake’s inherent performance levels at stock speeds. Unfortunately, the price of the 6700K means it can’t pull away from the 5820K – with both of them available around the £300 mark.

Professionals will want the greater core count and PCIe connectivity of the 5820K, but most of you are likely to be opting for gaming – at which point the overclocking headroom (and improved chipset functionality) from the 6700K makes it a winner. 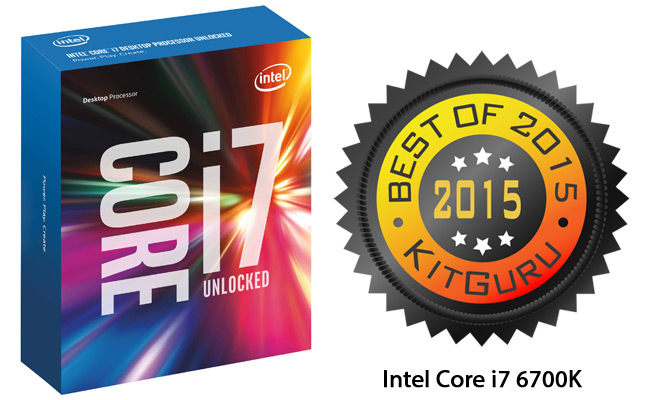 Mainstream
Globally, the average selling price of a desktop PC without peripherals or operating system is now under £300/$400. However, the KitGuru version of ‘mainstream’ considers PCs that are less than £600/$900 to be distinctly budget, while more than £1,500/$2,250 is heading toward the high end.

Sure, there will be overlap at either end, so a mainstream processor needs to be at home in a machine from £600 to £1,500.  There are surprisingly few candidates in this area, largely because of AMD’s lack of a new architecture launch in a very long time.

With the benefits of Z170 that we’ve already alluded to, it was always going to be a Skylake chip – and one with overclocking capability. At the time we went to press, Overclockers had the Intel Core i5 6600K on sale at just over £185. With a base frequency of 3.5GHz, we had no trouble getting a stable 4.5GHz at 1.35v in the KitGuru Labs.

KitGuru’s choice for the Best Mainstream Processor of 2015 goes to the Intel Core i5 6600K. 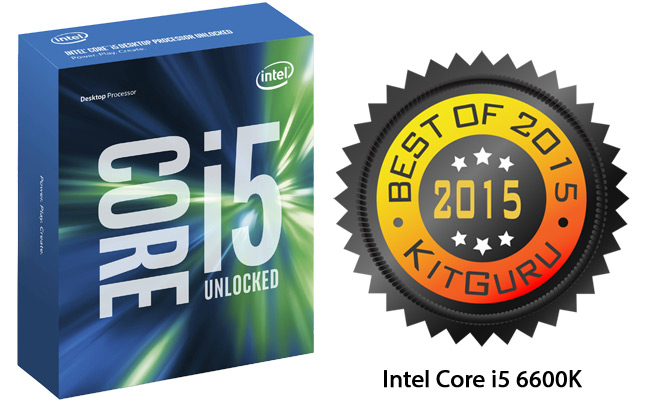