AMD has had quite a shakeup in its leadership over the past year, with Radeon head Raja Koduri, Zen architecture lead Jim Keller, and Sr. Director of Global Product Marketing Chris Hook all moving over to Intel. Now, AMD’s senior VP of Computing and Graphics, Jim Anderson, has decided to move on from Team Red in order to assume his role as president and CEO at Lattice Semiconductor.

Anderson was a key players in AMD’s achievement with its Zen processing architecture, establishing Ryzen and Threadripper as formidable competition to Intel’s previously uncontested line-up. Of course, this also means Anderson had a hand in the company’s upcoming 7nm Zen 2 architecture, which largely remains a mystery until its expected release in early 2019.

Anderson has a variety of experience in the industry, working as a strategist for Intel’s mobile/laptop and server processors up until 2005, when he moved to LSI Corporation. He held a number of leadership roles in the LSI Corporation before it was absorbed by Broadcom in 2014. Anderson returned to Intel for a year until he joined AMD in May 2015. This, along with various Masters degrees make Anderson a perfect fit for Lattice Semiconductor, as he continues to provide low power FPGA (Field-programmable gate array), video ASSP and IP products to a variety of markets. 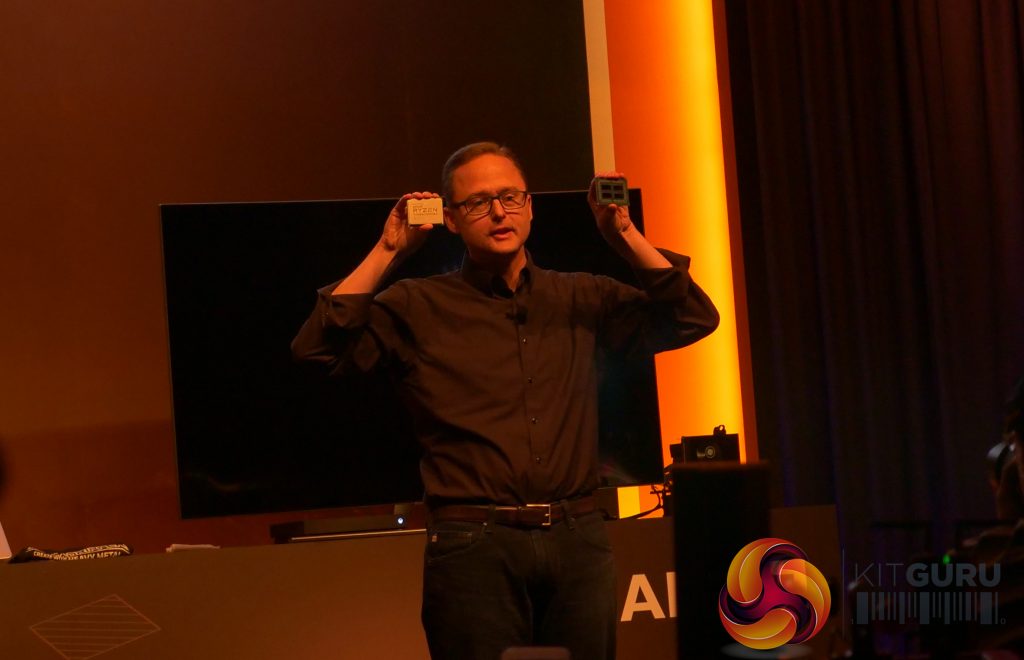 “We see significant opportunities to continue gaining share and accelerate our growth in the client processor market based on the strength of our premium AMD Ryzen product portfolio and our long-term roadmaps,” said AMD CEO Dr. Lisa Su. “Saeid and Darren are the right leaders to combine our product leadership with strong and strategic customer relationships as we enter our next phase of growth in the client PC market. I am grateful to Jim for his many contributions to AMD and wish him the very best as he begins a new chapter in his career.”

KitGuru Says: Shakeups are seen all the time in the tech industry, and while this isn’t quite as big as Intel’s loss of its CEO, it is still quite the adjustment period. Still, AMD is promising great things in 2019 and we can’t wait to see if it delivers.