Usually when G.Skill breaks a world record for the extreme speed of its memory kits, it does so at the expense of its signature RGB design. It’s latest Trident Z RGB set breaks this cycle, being the first DDR4 kit to reach an outstanding 4700MHz.

While G.Skill often tussles for the title of world’s fastest memory kit in general, one place it has clearly reigned since 2016 is having the highest frequency speed for an RGB kit. More often than not, form follows function with its Trident Z RGB sets catching up to their ordinary counterparts in speed later down the line, but this marks the first time that the company has pushed both out at once. 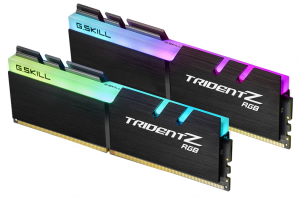 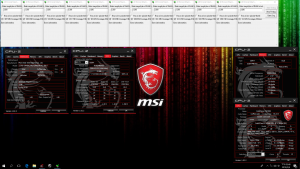 The previous kit was bound to Intel’s X299 motherboards, however the new kit works flawlessly on Intel’s Z370 chipset boards as shown on the tests using the MSI Z370I GAMING PRO CARBON AC motherboard and an Intel Core i7-8700K processor.

G.Skill hasn’t released information on availability or pricing just yet, although it’s expected to hit authorised retailers during Q2 2018 and cost a pretty penny due to its enthusiast level hardware.

KitGuru Says: G.Skill has kicked off 2018 with a bang, hopefully setting a new trend in how it approaches its world record breaking updates for memory speed. I know that RGB isn’t important, especially over the speed it offers but there’s something wonderful about the Trident Z RGB design that’s hard to part with, even in concept. How fast is your current RAM solution?