Turtle beach is giving one of its best-selling headsets a makeover, the popular Recon 70 series will be available with new colour options including an exclusive silver, as well as two Camo versions, one in green and a blue version.

The new Recon 70 headset will be exclusively available in silver from Argos in the UK from 13th March 2020. In addition, two other new Camo version will be launched, Camo Green and Came Blue are available to pre-order directly from Turtle Beach in the UK now, ready for launch on 13th March 2020.

“We’re excited to give fans even more colour choices as they gear-up for another great year of gaming,” said Juergen Stark, Chairman and CEO, Turtle Beach. “With new consoles on the horizon, the Recon 70 Silver and Camo options are great choices for gamers looking to get a new high-quality gaming headset”

With the addition of these new colours, the Recon 70 headset series now includes a total of nine colour options for gamers to choose from. The Recon 70 headset offers lightweight comfort and exception sound quality from the 40mm over-ear speakers. Crystal clear microphone performance and comfortable ear cups covered in a leatherette wrapping provide an excellent all-round package in multi-platform compatible device. 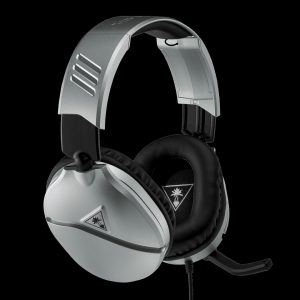 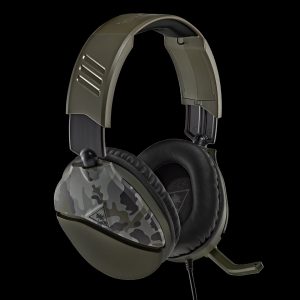 The Turtle Beach Recon 70 headset series is compatible with Xbox One, PlayStation 4, Nintendo Switch, PC and mobile devices via a standard 3.5mm audio jack. As well as these new colour options the Xbox One and PS4 models can be purchased in both black or white with green and blue accents, while the Nintendo Switch version sports a black frame with signature red accents.

New silver Recon 70 headsets are exclusively available in the UK from Argos and the Camo green and Blue versions can be pre-ordered from the Turtle Beach online store now, for £29.99.

KitGuru says: What do you guys think of these affordable Recon 70 headsets from Turtle Beach? Do you like the look of the new colour versions? Let us know your thoughts in the comments section.