The Nintendo PlayStation console resulted from a brief partnership between Sony and Nintendo in 1992. Heritage Auctions tested the prototype using a Super Famicom cartridge of Mortal Kombat. The console's design is similar to the Super Nintendo's, but a bit cleaner. There's also a CD-ROM drive that was “meant to play disc-based media and presumably video games”.

The CD-ROM drive wasn't working when it was found. Fortunately, it was repaired by Benjamin Heckendorn, a YouTuber known for his work on console repairs, and it is now capable of play music CDs just like the original PlayStation.

According to Forbes, this prototype was originally bought by Terry Diebold for $75, also at an auction. The console was in a box that belonged to Advanta, a now-bankrupt company where Olaf Olafsson, former Sony Computer Entertainment America president, was employed. In 2015, the owner's son, Dan Diebold, rediscovered it in the attic and posted photos of the prototype on Reddit. 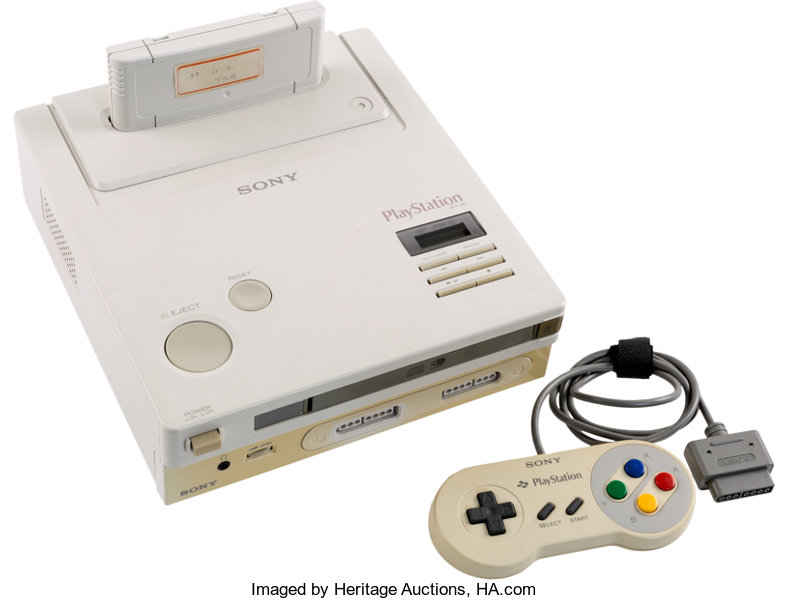 Before putting the Nintendo PlayStation prototype up for auction, Terry Diebold refused an offer of $1.2 million. The winning bid of the auction, that has been up since February, was made by Greg McLemore, the founder of Pets.com – so Palmer Luckey missed out this time around.

McLemore says he wants to create a video game museum, which would include over “800 coin-operated machines and countless other smaller games, trade magazines and original art”. To reach this objective, he's planning exhibitions with multiple partners, such as the University of Southern California Pacific Asia Museum. In spring and summer 2021, he plans to run an exhibition showing the Asian influence on the video game industry where Nintendo PlayStation will be present.

KitGuru says: What would have happened if Nintendo and Sony stood together in their partnership? How would it affect the rest of the videogame industry?