Last month, Sony announced plans for a PSVR 2 headset and brand new VR controllers for the PlayStation 5. The company didn't show anything yet, but teased that some DualSense features would be added to Sony's new and improved VR controllers. Now, we have our first look at what the company is planning, thanks to a newly revealed patent.

The patent (via GI.biz), appears to be the most likely candidate for the PSVR 2 controller. The new controllers take some inspiration from modern VR controllers including the Valve Index. The patent details features like finger tracking via sensors, triggers with resistance and haptic feedback and more: 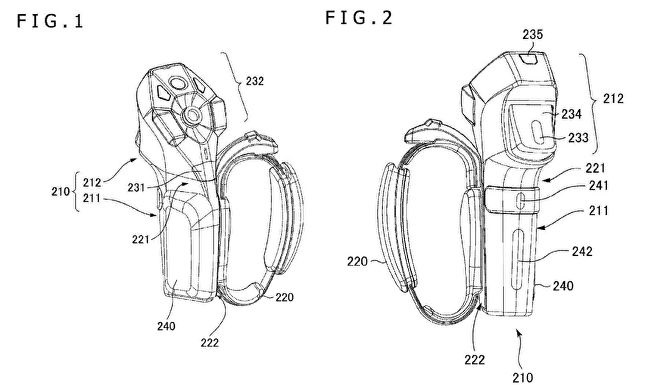 Sony is also experimenting with the idea of using non-electronic objects as input devices for VR, using a camera and other techniques to recognise particular objects. One example used is a banana, but hand tracking via the camera may also be possible – this is something that Oculus has been experimenting with recently with the Quest 2.

Sony has been patenting various VR controller ideas since 2016, so this is something the company has been working on for a very long time now. At this point, PSVR 2 and the accompanying controllers are not expected to release until late 2022.

KitGuru Says: Are any of you looking forward to Sony's next-gen VR tech? Are there any other improvements you'd like to see brought into the new controller?