Three million PlayStation VR headsets have been sold so far

Sony’s efforts to bring virtual reality gaming to consoles have been paying off quite well over the last two years. By June last year, the company had officially sold one million PSVR headsets. Two million sales were hit before the end of the year and now, the three million sales milestone has been reached.

The PlayStation VR headset launched back in October 2016, just before the PS4 Pro. Since then, the headset has been supported by a few big game launches, including Resident Evil VII, Farpoint, Skyrim VR and a bunch of other titles. This includes smaller ‘experiences’ baked in to big games like Rise of the Tomb Raider, Final Fantasy XV and Star Wars Battlefront. 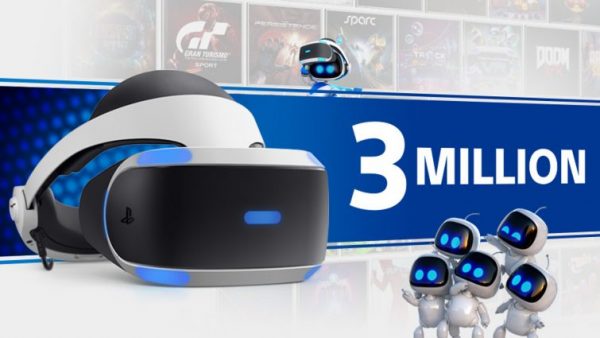 This year, PSVR owners have titles like Beat Saber, Miyazaki’s ‘Deracine’, and a few others to look forward to. Although admittedly, Sony is missing a big ‘must have’ VR game for the holiday season this year.

Sony has acknowledged that the PS4 generation is starting to enter its final stages of life. However, we will likely see virtual reality support carry over into the next generation, which may also mean an upgraded headset.

KitGuru Says: I’ve stuck to my Oculus Rift over the last couple of years, but I’ve heard a number of good things about PSVR. Have any of you tried or bought a PSVR headset? Do you think Sony will continue to support VR when next-gen rolls around?