We tested the peak power consumption of a NAS at the wall during a run of CrystalDiskMark 5.0.2 as this version of the benchmark runs the read and write benchmark suites separately, so its easier to monitor what power the device is using during each function. 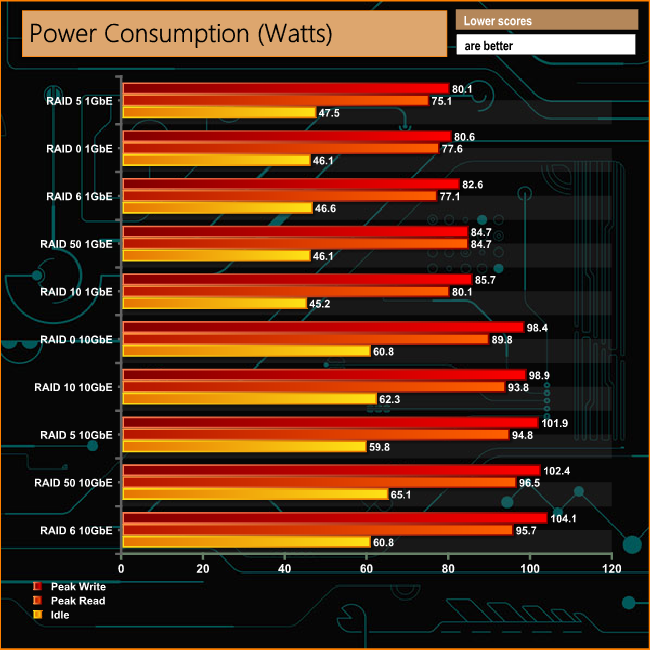 The AMD Ryzen 7 1700 has a TDP of 65W and with 16GB of system memory, the TS-877 is hardly going to be frugal with its power demands even with six power efficient drives in place when it is working as hard as it is during the read/write phases in this test.