Home / Software & Gaming / Apps / KitGuru has an (un)official app, thanks to one of you

KitGuru has an (un)official app, thanks to one of you

KitGuru might have a strong and bustling Facebook community – which you should check out if you haven’t already – but we must admit, we’ve been lacking in one key area for a while now: we’ve had no app for your smartphones. Now though, we do, but not because of any of us or some paid app developer, but because one of you guys took it upon themselves to make one for us and we’re incredibly grateful.

This (un)official application lets you view the latest KitGuru content in a mobile optimised environment, post comments, view the KitGuru Facebook page and check out the gaming blog as well. It’s only for Android, so apologies to the iOS users out there, but if it’s something you’d like to see, perhaps you could convince the developer to take a stab at it? 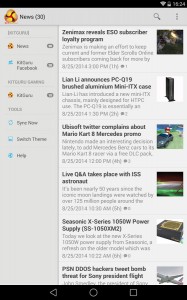 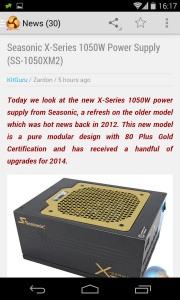 Speaking of, the person behind this is Shane Hastings, who’s developed a handful of other apps too. If you’d like to show your appreciation for his work here, make sure you check them out. He also has a Twitter and an official site.

If you want to download the application to have better access to KitGuru content, you can do so here. It requites Android 2.3 and up to function.

KitGuru Says: Of course, this being something that wasn’t developed by KitGuru, we don’t have any control over the app’s security or updates. I’m sure it’s absolutely fine, but it’s all on Shane with this one.