PlayStation has announced the free games that will be gracing the systems of PlayStation Plus subscribers for the month of December. The two games that will be available to download are Titanfall 2, and Monster Energy Supercross – The Official Videogame. These two games will be replacing November’s line-up of Nioh and Outlast 2, though of course if you’ve ‘purchased’ them, they will remain playable for as long as you are a member.

Titanfall 2 released in late 2016 to positive critical reception. The Respawn Entertainment developed title is described as “an intense first-person-shooter” where “you’ll experience high-speed mobility as a nimble Pilot who can quickly maneuver the battlefield both in distance and verticality. But when the scale of battle shifts, you’ll be able to call in a hulking Titan war machine for you to pilot to turn the tide of battle”. Respawn Entertainment have since developed the wildly successful ‘Apex Legends’, and the recently released ‘Star Wars Jedi: Fallen Order’. 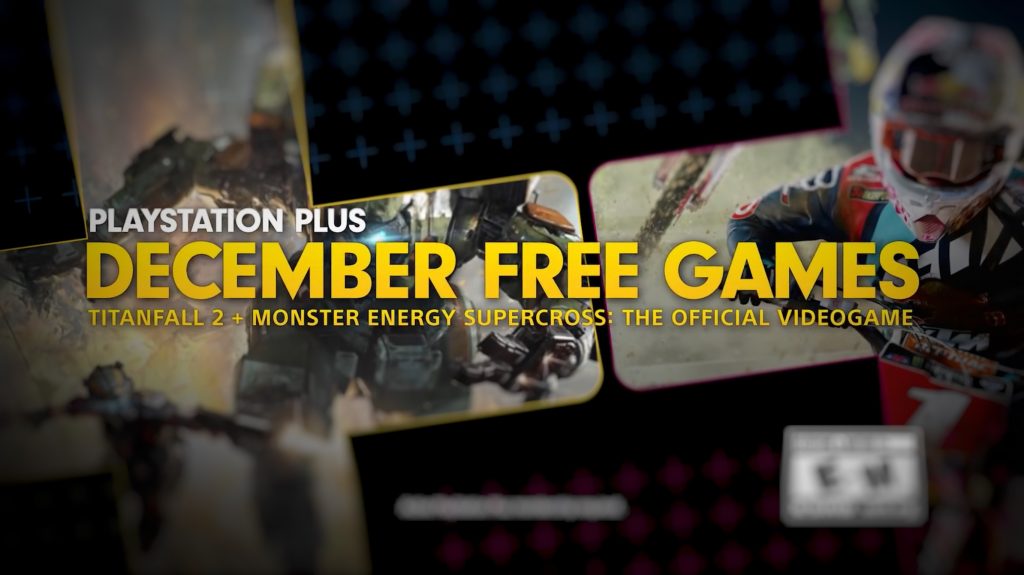 The second game on offer is the racing title ‘Monster Energy Supercross – The Official Videogame’. The game “contains official bikes, tracks and riders, of the Supercross Championship. You’re also able to customize bikes & riders with numerous brands and items to design your ideal rider and face players around the world. The Track Editor lets you make and share your own custom creations with other players. Start with a stadium of choice, then craft away and share it with the community”. The game earned mixed reviews when it released in early 2018, but managed to spawn a sequel the following year, which fared somewhat better in the eyes of critics.

Both Titanfall 2, and Monster Energy Supercross – The Official Videogame will be available to download from the 3rd of December, until the 6th of January. This means that there are still a few days left to pick up Nioh and Outlast 2.

KitGuru says: What do you think of this month’s offering? Will you be picking these games up? Which game from the list sounds the most enticing? Let us know down below.