When Death Stranding first released in late 2019, it split Kojima fans into two distinct camps. Some called it a walking simulator in a derogatory manner, reducing its gameplay to “walk from A to B” with many lamenting the clunky mechanics, constant stumbling and “boring gameplay”. Others enjoyed the journey from A to B, and saw it as being adequate gameplay to accompany Kojima’s story – being seen almost as a way to get between story and plot points.

With Death Stranding: Director’s Cut arriving today, I have decided to take a look back at the game, and will make the argument that Death Stranding is in fact one of the smartest and most involving games I have ever played in terms of the gameplay, making it in my opinion the best open world game, and one of the few that actually deserves to be an open world.

First I must clarify the angle with which I am defining an open world. The purpose of an open world in my opinion, functions as a deserving moniker in one of three situations: either it uses its open world for exploratory purposes, for immersion and story purposes, or its open world is in service of the gameplay. Many video games fail to understand this, with Ubisoft’s smattering of open world offerings often being the largest offenders in this respect. A game that manages to earn its title as an open world through exploration is Breath of the Wild. The act of traversing the world itself is adequate, and can even be fun at times.

While some of the mechanics – such as the limited stamina – serve only to slow down and – if we’re being honest – frustrate players. Where Breath of the Wild excels however is in its exploration. The relatively vague map, combined with the player’s ability to zoom in to far distances using the Sheikah Slate, as well as the purposeful artstyle means that no matter what direction you are looking, there is something new and interesting just out of reach. In that way, Breath of the Wild’s open world is justified as it is in service of allowing you to explore the world, constantly finding something new and interesting – be it small or large.

The second type of legitimised open world is a world which is created in service of the story/immersion. A good example in this case could be Red Dead redemption 2. The story starts with you as Arthur Morgan travelling with your gang as you go from place to place, evading the government and trying to make money. A Cowboy’s journey is often a lonely one, and even if you do make friends, it will likely end up with their death, meaning you cannot stay in one place for too long. As such, Red Dead Redemption 2’s open world offers the immersion and feeling of being a cowboy – a feeling that can only be served in an open world which offers you fleeting friendships, moments of quiet contemplation and the opportunity to redeem yourself one citizen at a time. 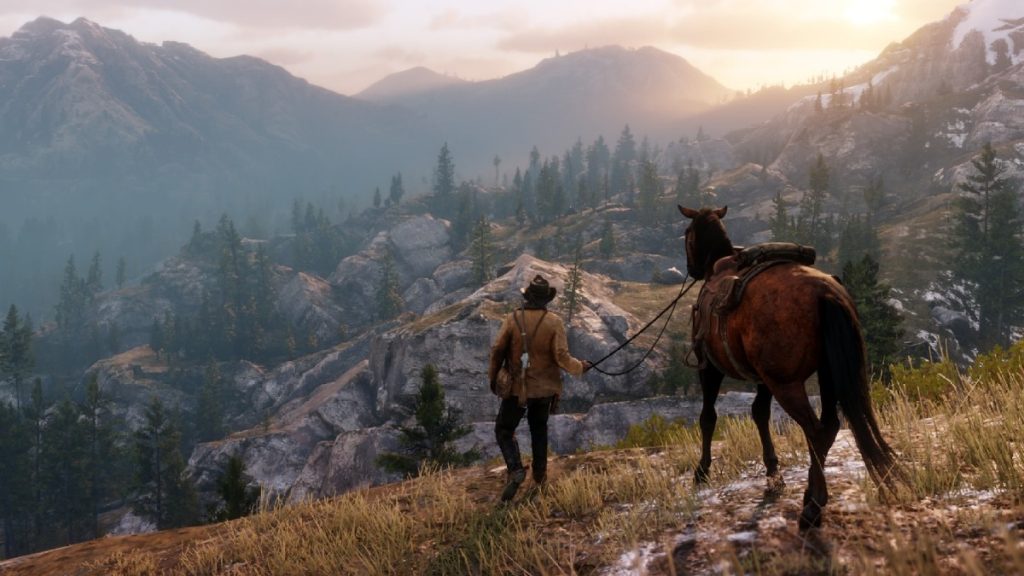 The final reason that any developer should want to make an open world game is to service the gameplay itself. In this respect, I believe that Death Stranding is unmatched. In my opinion, Death Stranding uses its open world to its fullest extent. While some may have complained about how difficult and cumbersome traversal is, or how the world itself was relatively barren, or how its combat mechanics were under-utilised, I say that this was all done with extreme purpose by game Director Hideo Kojima.

While I do believe that a game doesn't have to have great gameplay in order to constitute a good game (just look at my list of top games of the generation as proof), in many instances what separates a game from other mediums is its interactivity. In this way, no game I have ever played has required me to be so focused on the gameplay at all times. While other open world games have fun and interesting traversal (just look at spider-man for example), fundamentally to get from A to B in any of these games requires little more than a push on the left stick (or a press on the W key). Death Stranding meanwhile is an all-encompassing test of your skills, both in real-time and not. Being a porter, your primary job is to get from A to B. Unlike most games which hide this under the guise of ‘dynamic’ missions or whatever other excuse they do to get you to go somewhere, Death Stranding knows fundamentally what an open world is, and so in stripping the format to its barest, Kojima chooses to focus on what the player is actually doing from moment to moment.

I personally really enjoyed Death Stranding’s story, however the game, as a game, would be just as good if there was no story whatsoever. The enjoyment of Death Stranding comes from the multiple steps associated with each package delivery. Upon being given your cargo and destination, your first job is to study the map to learn what is and is not between you and your destination. Will there be bad weather? Are there any mountains? Will you encounter BTs? What about Mules? All of these questions require different amounts of set-up with you carrying different equipment.

This is because unlike almost any other open world game which allows you to carry as many things as you want – until you are over encumbered – each single piece of cargo and equipment in Death Stranding will not only affect how you walk, but your balance, physical appearance and more. Each mission therefore requires you to strategically pick your route, the equipment needed to traverse the open world, and then make sure to take only what is absolutely necessary. Already, Death Stranding has made me think more about traversing the open world than any other game I have played – and I haven't even left the starting point!

Next, you must actually traverse the lands. This is directly affected by your previous decisions. You could have chosen to take a safer but longer route, or a more dangerous but potentially faster route. Alternatively, you could have chosen a route which you are unfamiliar with, risking everything in service of discovering a potentially newer and better route. Once you have left the facility, you then have to commit to your decisions, as you will likely only have enough equipment for your pre-selected route. Any and all new obstacles must be dealt with in real time.

Firstly, regular traversal requires that you have stacked the cargo in an efficient manner. While there is a button to automatically stack items, it may not be to your liking. Either way, you must manually hold onto your cargo by holding down the left and right triggers. How often you need to hold onto these and for how long is directly related to the type and amount of cargo carried, as well as the route you have chosen. Exo-skeletons can affect this further. Did you pick an exo-skeleton which improves your carrying capacity, then you are likely to be more stable. Did you instead opt for a speed exo-skeleton? Then you will need to pay much greater attention to where you are walking, but in doing so will be able to reach your destination faster. All of these considerations need to be made both prior and during your journey.

One of the best parts about Death Stranding is how your mistakes are always your own. This alternate future USA is hard to traverse – which is exactly why your job is so important. That being said, you are given complete information on this world. With every step you take, you know exactly how stable or unstable the land is. Any choices you make regarding which path you take both on a macro and micro level are your own choices to make, and will affect everything from how quickly you arrive at a destination to the condition of the cargo.

For example, you come across a river. If you had prepared properly, you may have brought a ladder with you. If not, then you need to decide whether you are going to try and cross the river, or go around it somehow. If you choose to cross it, then you must take into consideration the depth of the water, your stamina, BB’s happiness and more. If you fail to take even a single element into consideration, then you will either lose your cargo, hurt BB, injure yourself, or simply take too long to deliver the cargo.

One final consideration revolves around any unforeseen encounters. The appearance of a rogue BT or Mule will require you to think on your feet, all the while putting all of your previous considerations in mind. Do you drop your cargo, attack them and then come back for it hoping it hasn't been stolen or damaged by rain? Do you try to sneak around and hope you aren't spotted? Or do you say “F*ck it” and go guns blazing (assuming you have the equipment for it)? There are dozens of micro-decisions within micro-decisions which are ever changing and evolving, slip up or drop the ball, and you could end up dying – or worse.

On top of this, Death Stranding manages to succeed in the other two previous categories which I mentioned. It offers an interesting and immersive story which justifies the open world, as Sam is traveling from one side of the USA to the other. In that way, the open world makes sense. Furthermore, the world of Death Stranding, coming from the unique mind of Hideo Kojima, is ripe for exploration – even if that is a dangerous prospect. This however is what makes it so enticing, and so when you do risk it all and choose to explore, coming across something new or interesting is even more rewarding.

Everything that I have said will be even better and more affecting with the release of the PS5’s Director’s Cut. Thanks to the DualSense controller, every step can be calculated not only on a visual and auditory manner, but instinctual. Early reports seem to corroborate this, with the haptics of the controller changing based on how and where you are walking. Thanks to the controller, you will be able to know if you are about to trip, stumble or fall perhaps even before your eyes register it.

KitGuru says: This is but a small slice of my thoughts on Death Stranding, however I believe I have sufficiently made my point for now. What do you think of Death Stranding? Have I helped you see the game in a different light? Are you excited for the Director’s Cut? Let us know down below.