KitGuru Games: The Metaverse is killing the video games industry 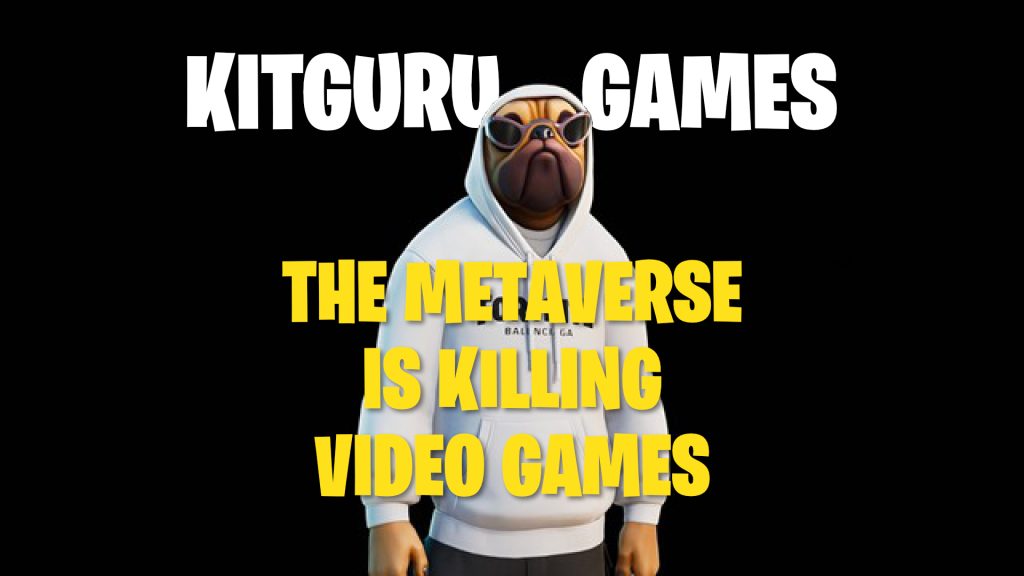 Video games have come a long way from their humble beginnings. What was once a niche and simplistic medium of entertainment has exploded over the past few decades into becoming one of the facilitators for some of the biggest media franchises in the world. The industry is bigger than ever and thriving so healthily – and yet it is being threatened. Video games are art, there is no arguing against that, however the commodification of the industry through the pursuit of a ‘metaverse’ is threatening the artistic integrity of the industry as a whole.

For those who are not in the know, the metaverse is a “neologism typically used to describe the concept of a future iteration of the internet, made up of persistent, shared, 3D virtual spaces linked into a perceived virtual universe”. While this definition is somewhat limited in its application – offering a rather narrow view of the metaverse – it is sufficient enough as a launching point to explain why so many companies are wanting to turn this concept into a reality – and why that’s a bad thing.

One of the key characteristics of the metaverse is the idea of a shared connectedness. While that may seem like a good thing initially, upon further inspection, it is much more sinister. Of course, as mentioned, the idea of the metaverse is simply that for now – an idea. It is nakedly clear that we are heading into this direction however, with the best example currently being Fortnite.

I know it's cool to rag on Fortnite, with many claiming it to be a dead game with a child-heavy playerbase. Regardless of the (un)common consensus of the game, Fortnite is factually and objectively one of the biggest games in the world. The team at Epic Games have used this to the benefit of the game, allowing them to collaborate with major IPs and facilitating some awesome moments. One of the biggest highlights came with the Avengers crossover event allowing players to embody many of the heroes while an entire other group of people played as Thanos and his army. All of this coincided with the release of Avengers: Infinity War and Endgame and helped to create a zeitgeist moment such as which many would agree had never been seen before. It helped to elevate Fortnite, the Avengers and the discourse surrounding it all to new heights. One of the primary purposes of the media is to entertain – and entertain it did. 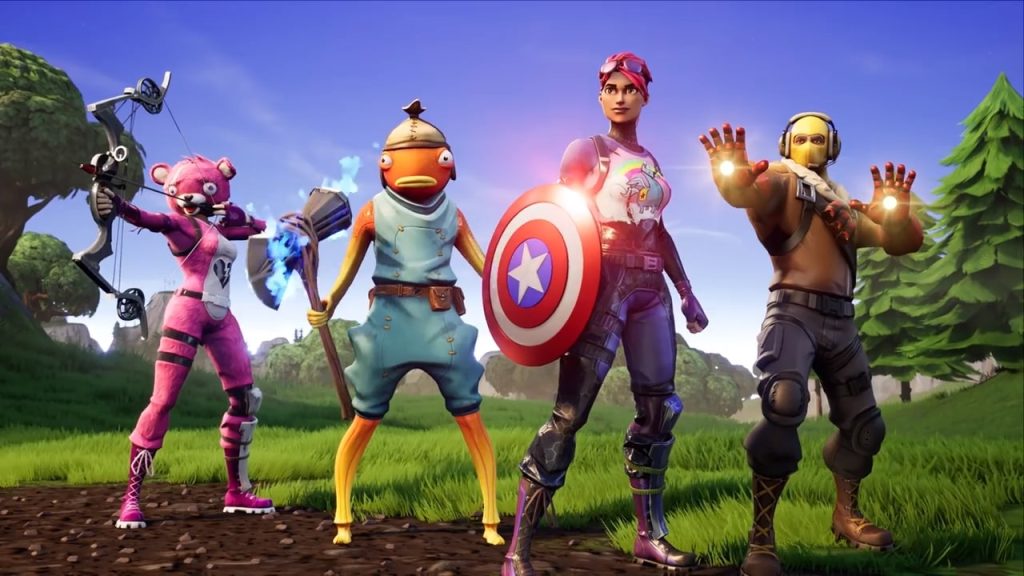 Unfortunately, this success did not go unnoticed, and it is likely to have been the inception of the metaverse beginning to take hold within the video games industry. “So what’s the problem?“ I hear you ask – and you have a valid point! I just discussed how early concepts of the metaverse helped to create an awesome gaming moment, and so if it can do that, why wouldn’t we want more of that? As I said at the beginning, the commodification of the metaverse has already taken a stronghold and it now serves only to extract as much time and money out of people.

While some may consider this slightly extreme, I do believe that the future of the metaverse holds very closely to the theory by Karl Marx on Entfremdung – aka alienation. This theory posits that “the worker invariably loses the ability to determine life and destiny when deprived of the right to think (conceive) of themselves as the director of their own actions; to determine the character of said actions; to define relationships with other people; and to own those items of value from goods and services, produced by their own labour”.

Of course, while Marx was referring to labour here, and not the act of playing video games, his outlook on the commodification of our time is not too dissimilar from the current trajectory that the video games industry is headed in. Once you are in the metaverse, you can never leave. 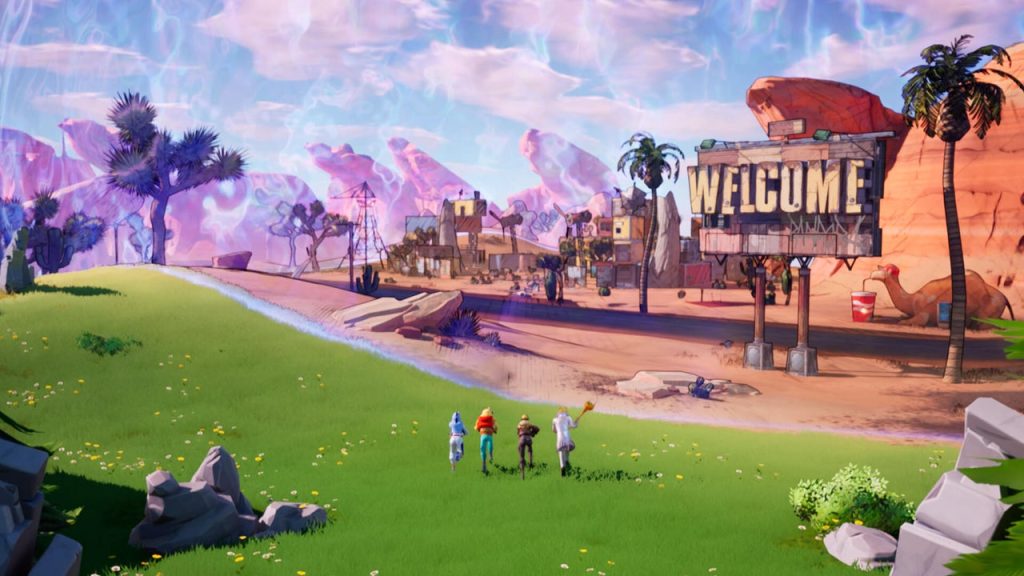 What Epic Games witnessed with their first major Avengers crossover was the fact that in creating this zeitgeist bubble, they were able to make A LOT of money. Once you hit those kinds of highs however, it is hard to be satisfied with anything less than perpetual growth. This is why Fortnite continued to collaborate with different companies in many different ways. Initially, these crossovers made some semblance of sense. When Borderlands 3 was released, a portion of the map was transformed into the world of Pandora. For some, this was an exciting moment, however it was becoming more clear that these cross promotions were becoming nothing more than opportunities for both companies to extract more money from users. Yes, we live in a capitalist world and the whole point in life is to make money, however the increased commodification has come with a nakedness that leaves a sour taste in the mouth.

All the while, Fortnite continued to collaborate with more and more companies – each of which made less and less sense. Just some of the now dozens of collaborations include Air Jordans; the NFL; the NBA; Ariana Grande; Will Smith from Bad Boys; ‘Dude’ from the ‘hit’ film Free Guy; Ferrari; LeBron James; the app ‘Houseparty’; failed streaming service Quibi and perhaps the most naked example: Balenciaga. 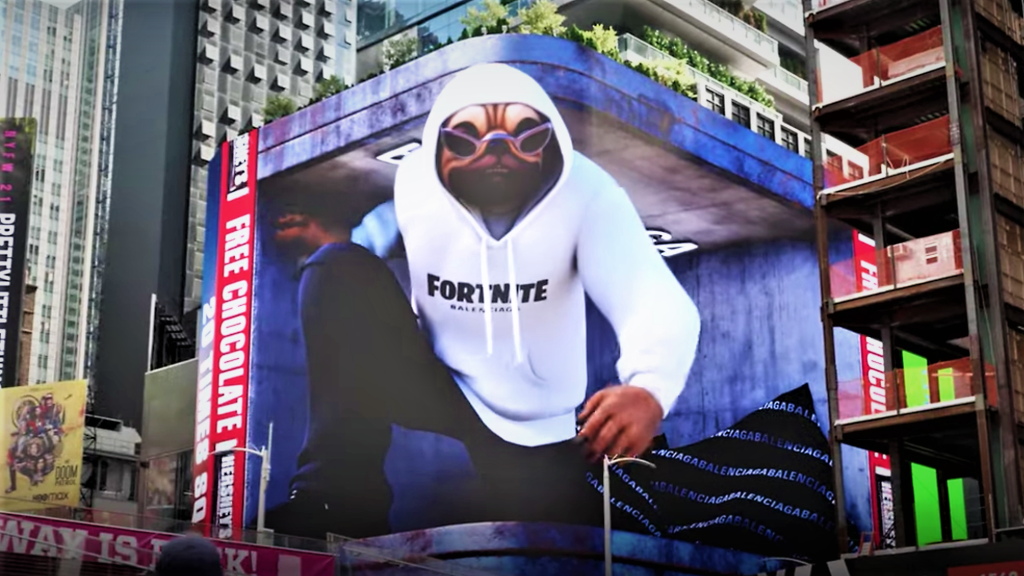 The collaboration between Fortnite and fashion brand Balenciaga is an interesting case study showing how far Fortnite has fallen down the metaverse rabbit hole. Thanks to this collaboration, you could now spend real money to go to a digital shop to buy a digital Fortnite x Balenciaga hoodie, and then back in the real world spend real money on a real version of a digital hoodie which you already spent real money on. Don’t worry though, the hoodie only costs you $725.

When all of the fancy speak is removed, the metaverse is a digital workplace created by the coöptation of the artistic side of the video games industry and turned into pure commodification. This is then further strengthened by the notions of zeitgeist, FOMO, alienation and more. There’s a reason that two of the biggest advocates of the metaverse are also two of the most hated: Facebook (now nakedly named ‘Meta’) and Epic Games.

Fortnite is a cultural phenomenon, and while this influence and popularity could have been used to help do some good – or simply to make a fun game – it was quickly turned into another cog in the money-making machine of life. All the while, people are purposefully kept blind through the constant influx of new content, battle passes, limited-time skins and more. As said by George Orwell “I believe that this instinct to perpetuate useless work is, at bottom, simply fear of the mob. The mob (the thought runs) are such low animals they would be dangerous if they had any leisure; it is safer to keep them too busy to think.”

KitGuru says: What do you think of the metaverse? Is it a threat to art? Let us know down below.