The music industry is a lap dancer. Pure and simple. It wants to fill the room with it, plaster it everywhere, wave it right in front of your nose and then imprison you if you have the audacity to put a finger on its product. KitGuru just read an article on Thinq and felt a cold chill down the spine – which had nothing to do with cold metal poles in dark caverns.

Essentially, the BPI has served papers on Google to prevent the world's number one search engine from giving you music in a list of results.

Think about that for a second.

Funded by the 4 biggest record companies (think ‘blank cheque' and let's, for now, nickname this group the Mafia), the British Phonographic Industry (BPI) wants to turn 2 million years of evolution on its head. From the dawn of time, when Stig started to bang sticks together in the dump, getting music to the biggest audience possible has always been the goal. Back in the 1760s, while Americans were preparing to enshrine personal freedoms into The Bill of Rights, Mozart's dad was dragging the tiny boy across Europe to play as many gigs as possible.

By the time Radio and TV technology hit, music reached out to millions in every country. Happy with this massive, free publicity – the music industry was pushing out as much music as possible, for free, across the airwaves.

Think about that for a second.

As much music as possible, being constantly pumped across all of the available channels. Radio stations etc being bribed every which way to ensure that a promoter's record got as much airplay as possible. At the same time knowing that sales of Radio Cassette machines were enormous and tapes were being bought in their billions.

Seeing how this could massively increase awareness of the Mafia's (sorry, tree-hugging BPI's) products, in a completely free and viral way, they shut up, rubbed their hands and watched their reach, influence and revenue grow.

Now, in the age of the internet, Sky TV, Napster subsciptions, Apple's iTunes store, Amazon – and a host of other ways in which you can buy music over the web…  NOW the Godfather's of the BPI's inner circle have decided that music should be harder to find. Much harder to find. At least by people with limited incomes. Yes. That ‘s an idea. Let's focus on the poor and disenfranchised. They're the people who should ‘do without'.

So Sony, Warner, EMI and Universal (and others, apparently)  issue papers against Google.

Dig for the truth yourself and make your own mind up. Thinq's story might have been spun already before we read it – and now we confess that KitGuru has just spun it again. But, based on the available information, we don't think we've angled it incorrectly. We urge you to make your own research and decide.

KitGuru says: Ask questions. The real question for us? When Sony, EMI, Universal and Warner choose what we see on a search engine results page, is that acceptable?   Warner, through CNN, does a fine job of reporting on the Chinese government's attempts to restrict what its citizens see on Google searches – but then wants to implement its own version of 1984 on ‘free Western civilizations'. Fair? 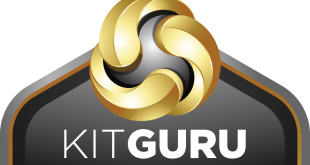