Both Intel Corp. and Microsoft Corp. have promised sub-$100 media tablets based on Intel Atom system-on-chips and Microsoft Windows 8.1 operating system in a bid to fight slates powered by ARM application processors and Google Android platform. Apparently, the strategy works and even exceeds expectations. At present a store in the U.S. sells a rather powerful “Wintel” tablet for just $59.99 (£37).

The WinBook TW70CA17 tablet is clearly not the best slate money can buy, but it seems to be rather powerful. The media tablet is equipped with a 7” IPS touchscreen display with 1280*800 resolution and is based on a quad-core Intel Atom Z3735G “Bay Trail-T” application processor (1.33GHz). The device is equipped with 1GB of DDR3 RAM, 16GB of NAND flash storage (microSD card slot is also present), 802.11b/g/n Wi-Fi, Bluetooth 4.0, 2MP front and rear cameras, gyroscope, speaker, microphone, USB 2.0/microUSB connectors and so on. The 7” tablet is 1.1cm thick and weighs 350 grams.

The low-cost WinBoook TW70CA17 slate can be purchased for $59.99 at Micro Center, a U.S. retailer. While the deal lasts only for three days, it is clear that Micro Center and WinBook do not sell the slate at a loss, which means it is possible that eventually tablets powered by quad-core Intel Atom processors and Windows 8.1 operating systems will drop to around $60 price-points. 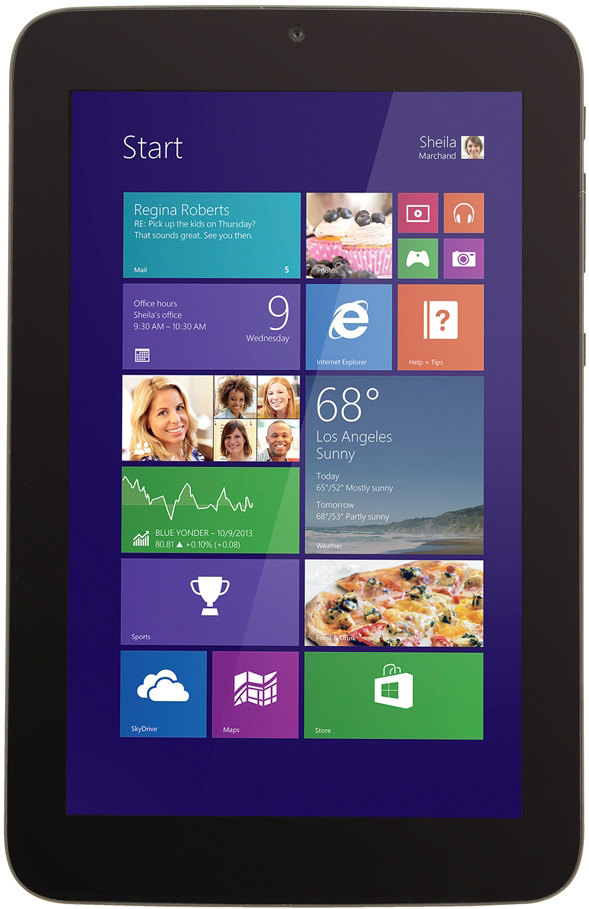 In fact, cheap tablets are nothing new. Overclockers UK sells its own-brand slates for £37.99 – £59.99 including VAT, whereas Micro Center carries Android-based 7″ devices that are priced at $39.99.

The problem is that ultra-cheap tablets with Google Android operating system and ARM-powered SoCs inside usually feature completely outdated processors (e.g., dual-core ARM Cortex A9), poor screens with 1024*600 resolution, 8GB of NAND flash, insufficient amount of RAM and so on. By contrast, thanks to powerful hardware and highly-optimized Windows 8.1 operating system, actual user experience on tablets like WinBook TW70CA17 should be better than that on ARM/Android-based slates.

KitGuru Says: In a bid to create a $59.99 tablet with a quad-core Intel Atom SoC and Microsoft Windows 8.1, the chipmaker has to sell its application processors at manufacturing cost without making money, whereas software maker has to give away Windows license for free. Not exactly a good way to fight for market share, but thanks to that customers can enjoy very affordable prices.