With all the talk from the likes of Google, Baidu and their contemporaries about driverless cars, it’s no wonder that the next generation of trains for London’s underground tube system is also going to be driverless. Beyond that though, it’s going to come fully equipped with WiFi, air conditioning and usher in a new carriage-less design, creating one long tube of travelling humanity.

Designed by a cooperation between Transport for London and design studio PriestManGoode, the new trains are a bold red in colour, with LED lighting that glows white when travelling forward and red when its in reverse, but there’s no discernible locomotive. In-fact the front and rear of the train features an emergency escape door only. The rest of it is one long carriage, that curves with the track. This lets the designers maximise the amount of people that can populate the train with, though the overall length is limited by the size of the underground’s platforms. 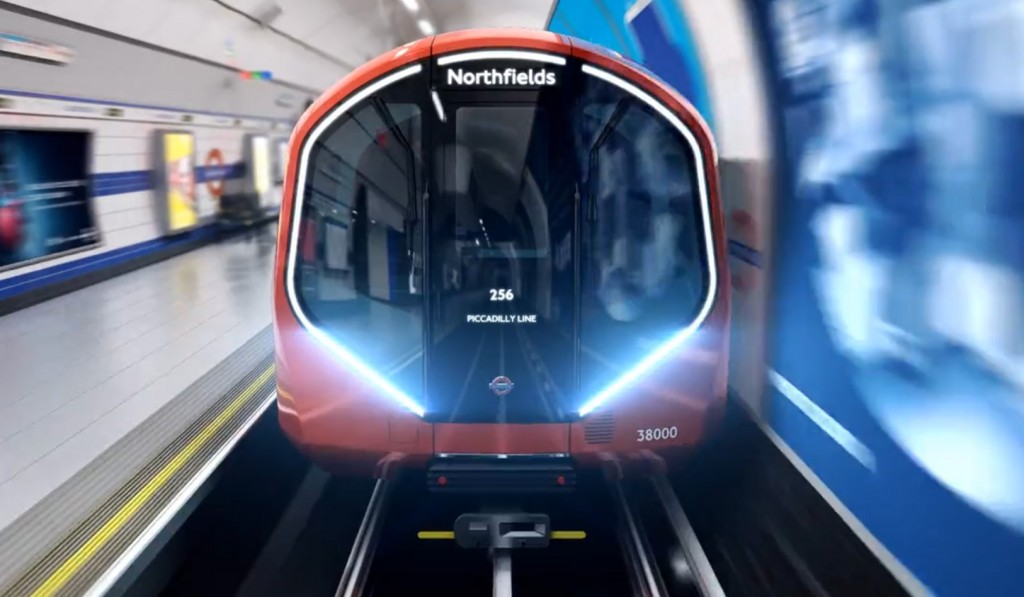 While there is no obvious place for a driver to do their job, it’s been confirmed that the trains will be mostly manually controlled when introduced, though London Mayor Boris Johnson has said that by the mid 2020s, we can expect all London Underground trains to be fully automated.

Other changes to the train system include upgrading the paper based adverts above the tube maps to digital displays, so video adverts can be shown, as well as the ads themselves being updated on a more regular basis. They could also be used to display emergency messages in the case of a hold up or delay. As it shown in the video below, platforms will also be upgraded to having a protective window running right along the edge of the track, though this will be implemented in the ensuing years after these trains have been introduced. It’s hoped that it will prevent any slips or deliberate jumps onto the tracks, making the platforms safer.

With that added safety comes the ability to make wider doors too, meaning more people can get on and off the trains at the same time, leading to a more efficient service overall.

The plan for the new trains was to make them more comfortable from the outset, which is where the air-con comes in, but there’s also been efforts to lighten and expand the trains, despite the limiting factors of London’s ancient underground tunnels. This should provide more room for passengers to sit and stand. With the lack of doors and walls between carriages too, the whole train should feel far roomier.

Internet connectivity will also allow for interactive guides, that can let you know personally where to get off and where to go at each station, and even give you a countdown timer for when your particular train arrives.

KitGuru Says: While we have a while to wait until these trains are introduced, a lot of the changes seem like great innovations. What are some of the changes to the tube you guys would like to see?