Last year, Facebook forced mobile users to move over to a separate messenger app for private messages. In January, the reasoning behind this became more clear, with Facebook announcing that it would begin showing adverts within the messenger app. In-app ads have been tested in a handful of countries but this week, Facebook has said it will begin showing ads globally.

Facebook Messenger adverts are still technically in the trial stage, so it’s not certain that everyone will see one. However, these ads will now start showing up in all countries and not just a select few. Given that the Messenger app has 1.2 billion monthly users, this could end up being a huge revenue generator for Facebook. 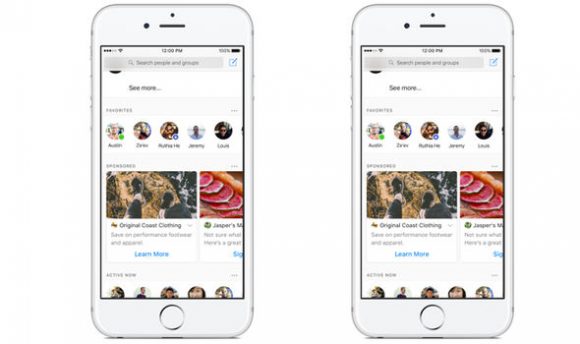 Now, out of Facebook’s four different mobile platforms, WhatsApp is the only one that is not monetised, though there is nothing stopping that from changing in the future. Users who see adverts in the Facebook Messenger home screen will have the chance to hide them but eventually, it will just be replaced by another.

KitGuru Says: I haven’t spotted an ad in Messenger just yet but I imagine I’ll see one sooner or later. Have any of you spotted an advert in the Messenger app yet? Is this something that will impact your usage at all?