With CES coming up next week, we are expecting a lot of announcements from many companies throughout the tech world. This year though, LG has decided to sneak a couple in early, first we saw the largest 8K OLED TV unveiled and today, LG has begun showing off its new 4K HDR projector ahead of next week's event.

The LG HU80KA is a 4K projector with HDR support, though we don't know if that will be the HDR10 standard or Dolby Vision. With this particular projector, LG wanted to avoid issues with weight, expense and installation difficulties, so it comes in a compact design intended to sit on the floor and project onto a wall. 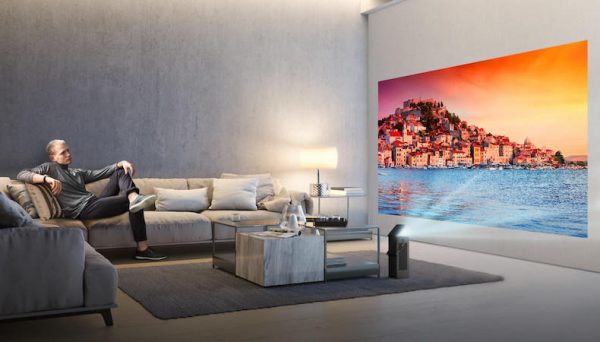 The projector is capable of creating a 150-inch image with a brightness of 2500 lumens, making it the brightest projector that LG has made to date. The 4K image is achieved using Expanded Pixel Resolution technology, which features on a few other projectors on the market. This allowed LG to circumvent the need for a native 4K chip. For optical outputs, LG has included HDMI and Bluetooth for audio, as well as USB and Ethernet support. The projector runs LG's webOS 3.5 smart TV interface, so it will have supported apps like Netflix and Amazon Prime Video.

As What Hi-Fi points out, there is no price just yet but we can expect it to be around the £3000 mark. The projector does come with speakers built in, but if you are buying a £3000 projector, then you will likely want a more capable audio set up to go with it.

KitGuru Says: I've mulled over the idea of switching from a TV to a projector in the past, though pricing and installation has kept me from doing so. Do any of you happen to use a projector? What do you think of LG's new offering so far?