The Microvue isn’t a standalone product as it does come with its own software which unlocks some of the device’s features. During testing, we will be evaluating the software in addition to the quality and ease of use of the Microscope.

The software has a very basic appearance, in the middle of your screen you will have the Microvue camera feed, on the left you will find a selection of pictures or videos you have taken with the device and on the right you will find some calibration and editing tools: 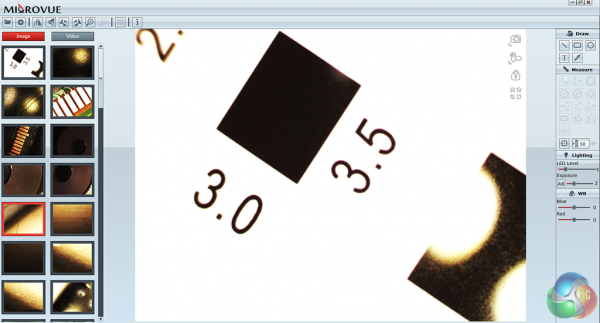 As I noted earlier, using the stand is recommended, the capture button located on the Microvue has a firm press to it which can sometimes throw your image out of focus due to the amount of shake that occurs when zooming in. If you’re using the stand then the shaking problem is eliminated and if you want to be really careful, there is a software capture button, allowing you to completely avoid touching the microscope once it is fully set up.

The LED’s on the device are very bright but they are almost essential as turning them off through the software can create a complete loss of colour despite being in a bright environment: 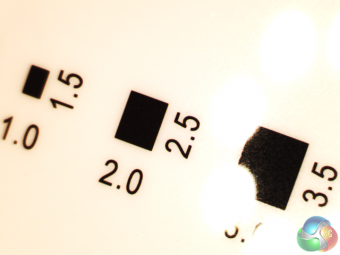 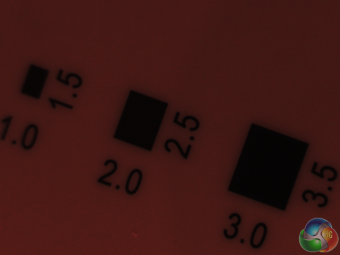 There is an LED brightness control inside the software but it only lets you go brighter or turn the lights off completely. It would be nice to have more control over the lighting as the brightness can occasionally give a misrepresentation of colour and turning the light off completely seems to make things worse. That said, it’s not usually a big issue unless you are looking at a shiny or reflective object.

In order to use a resolution higher than 720p, you are going to need a USB 3.0 port. Languages are limited to English, French, Dutch and Taiwanese.

That’s all for the software side, now lets get in to the quality of the pictures. Crystalvue lists some common use cases for this type of device right on the box so we are going to try a few out.

First up on the list is a £1 coin, Crystalvue lists coin collection as a common use case so we gave it a shot: 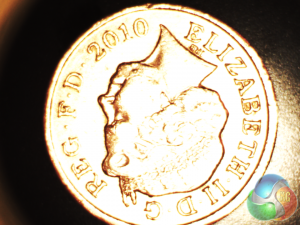 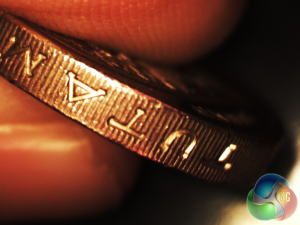 Unfortunately, due to the coin being so reflective the intensity of the LED’s washed over the first image. That said, the second image of the coin’s side came out much better with very little interference from the bright light.

The Microvue does perform quite well when zooming in on hair and skin, the lights didn’t wash out the picture and we were able to zoom in past 150x magnification: 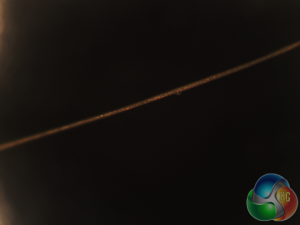 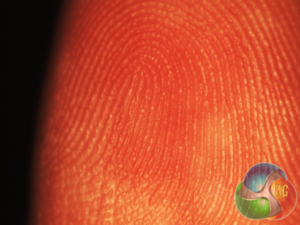 For our final test we tried out an industrial use case by zooming in on the PCB of an SD card: 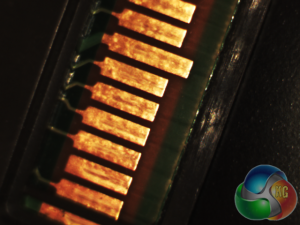 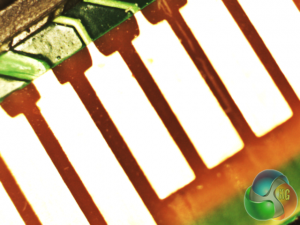 Unfortunately the reflective surface of the pins was washed out by the LED’s, a continuing trend throughout our testing.