It was revealed earlier this week that Google is currently working on the second iteration of its Google Glass wearable, with Intel possibly supplying the chip inside of it and now we have our first peek at what the updated headset will look like thanks to a recent patent.

The patent image shows some big changes, the camera and display unit might be shifting from the right eye to the left, the metal band remains but nose support appears to be gone, allowing for a sleeker and almost futuristic look. 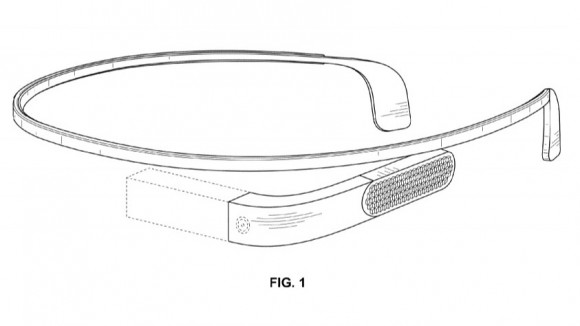 Rather than having a bulky area to fit the battery, it looks like Google has instead created larger ear hooks, which could potentially hold batteries instead. The touch area to the side of the display also seems to have been given some rigidity, judging by the drawing- this may help users locate and use the touch controls faster.

This news has come shortly after rumors began circulating, suggesting that Glass 2 will launch next year with new work place uses.

KitGuru Says: So this could be what Google's updated Google Glass headset looks like. It certainly does look different, it looks like more of a headband rather than a pair of glasses. What do you guys think of this?