Earlier this week, a Twitch streamer got a visit from the police. It wasn’t a false swatting complaint, this time it was a noise complaint from a neighbour in the same apartment complex. Unfortunately for this streamer, the police turning up at his door was just the start of his problems. After a good ten minutes or so of arguing with the officer at his front door, the streamer was arrested, with the stream left on in the background and someone came in to his home twice to steal his belongings.

When the police officer initially showed up at Mr_13ig’s door, he was asked for his name for a background check. In the middle of this, a man walked past and began to take pictures, which didn’t help matters and spurred the argument further. Eventually, Mr_13ig was taken in to the hallway and arrested. 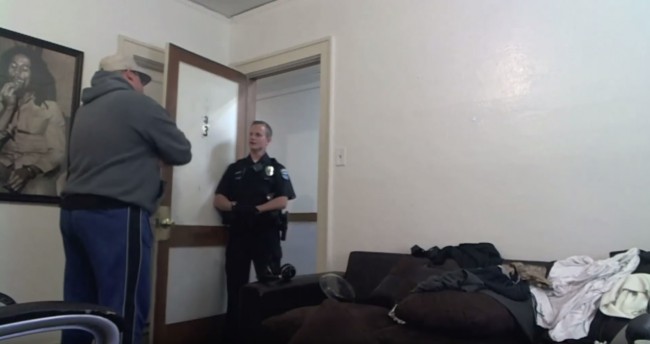 Nobody locked the door on the way out, so around ten minutes later, the same man who was caught taking pictures of the scene returned to rob the apartment, taking a headset, some shoes and what looks to be a wallet and phone. The man got in to the apartment twice, making off with belongings before an officer came back to actually lock the apartment door.

Fortunately, since the thief was caught on camera, he was swiftly caught and is now in jail. All of the belongings were also returned.

KitGuru Says: As Twitch grows bigger and bigger, we are likely going to see more strange things happen from time to time. Fortunately in this case, the stream being live helped catch a thief and nothing was lost in the end.