Epic Games founder Tim Sweeney has been a vocal opponent of Windows 10 and its Windows Marketplace, which he sees as Microsoft’s attempt to lock down the entire ecosystem. Although his comments are often factually debatable, he’s still not a fan of either and thinks Microsoft could drop W32 to try and kill off Steam.

As it stands, everyone uses W32 as a programming interface for Windows gaming he says, but Microosft wants to drive its Universal Windows Platform (UWP) technology instead.

“The risk here is that, if Microsoft convinces everybody to use UWP, then they phase out Win32 apps,” he said to Edge magazine. “If they can succeed in doing that then it’s a small leap to forcing all apps and games to be distributed through the Windows Store.”

The concern there, is that once all new games use UWP, what is the incentive to support much older W32 titles? Especially since they would weaken the security of a sandboxed Windows store ecosystem. 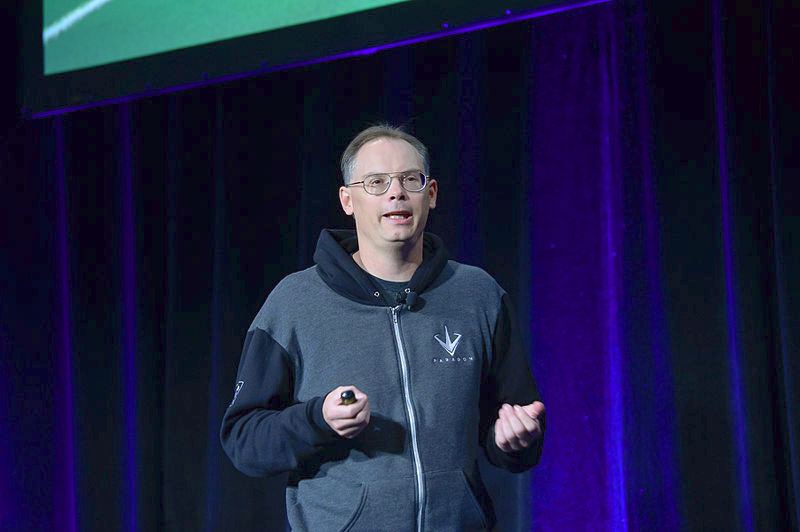 Fortunately it sounds like his fears might be misplaced. Ars has a solid breakdown debunking his concerns, pointing out that W32 is required for UWP and much of Windows’ other important functions, like the Explorer shell. Other major applications like Photoshop heavily utilise W32, so why would they get on board with Microsoft halting its support for the platform?

It argues that the very reason Windows has remained popular for so long is its backwards compatibility. If that went away, many, many users would refuse to upgrade. Microsoft has had enough trouble getting people to move over to an entirely free version of Windows 10. If that platform no longer supported most of the world’s mainstream software, future upgrade attempts would be basically impossible.

Playing chicken like that with gamers would also be a dangerous move. With the rise of Linux gaming through SteamOS and other alternatives, no matter its slow progression, any big changes like this would quickly see people jump ship to maintain playing their favourite games.

KitGuru Says: Do you think Sweeney is right and that Microsoft will try and shut down future Windows so they can only play approved games? Or is it just being paranoid for some reason?