As this is primarily a case review, it is very important to fully assess how capable the DB4 is at cooling the installed components.

To find an ‘idle’ temperature, I left Windows on the desktop for 30 minutes. The ‘load’ temperature reading comes from running AIDA64. 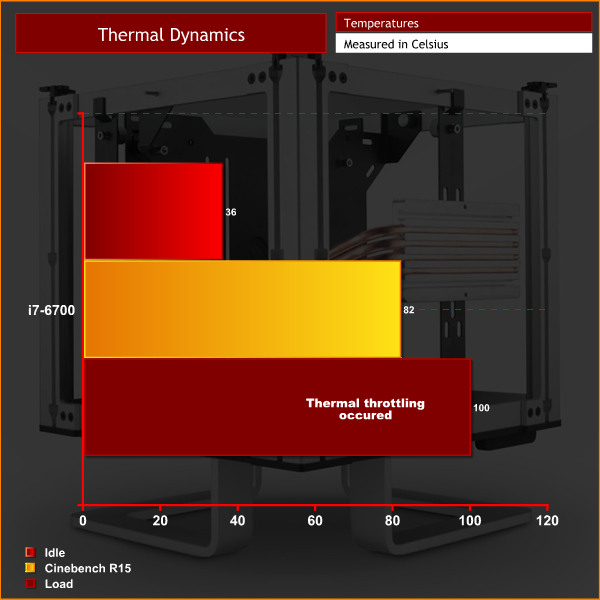 As you can see, the CPU idles at a decent temperature of 36 degrees. However, when I put it under the synthetic load of AIDA64’s stress test, we did see thermal throttling after 15 minutes with the CPU at a constant 100% load. 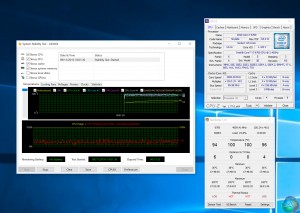 Of course, in most situations it is unlikely that you will be running your CPU at 100% load constantly for a prolonged period of time. For an office PC, for example, the DB4 would prove more than capable. However, if you are likely to be stressing your CPU – by video editing or rendering, for example – then the DB4 could well cause the CPU to throttle.