There’s not to much to say about the box except that it is large and has a shipping weight of 16kg, but on the plus side the packaging works well. 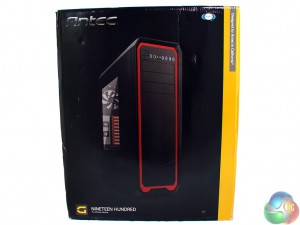 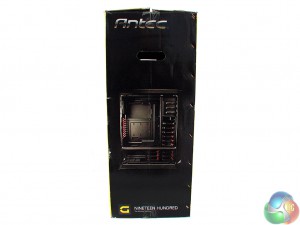 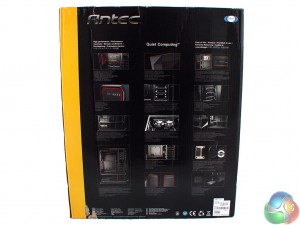 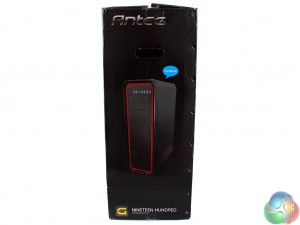 The box had obviously taken a couple of knocks in transit yet the Nineteen Hundred case was in mint condition inside its protective foam blocks. 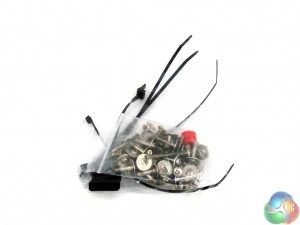 Secured in one of the drive bays you’ll find the bag of accessories. Admittedly I removed a couple of items from the bag before I took the photo but you can see that you get a bag of mixed fasteners and three power adapters for the front case fans.

The screws are mixed together, instead of being separated in labelled bags, and for the most part consist of hard drive fixings. That’s 49 screws for 12 drives plus one spare. 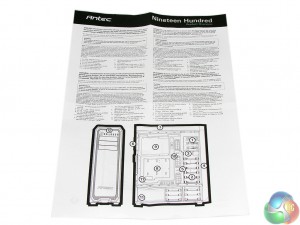 The user guide delivers the bare minimum of information so I’ll summarise it for you. The optical drives go in the very large bays, the hard drives go in the other bays and there are two tiny bays for Solid State Drives.

You’ll have to figure out for yourself which four screws secure the front panel, and when it comes to connecting the fans and routing the power cables you’re entirely on your own.