To put this case through its cooling paces we will be using a test system consisting of an AMD FX-8350, Radeon R9 290 and multiple storage drives. This system allows us to produce a substantial amount of heat and effectively test the Antec Nineteen Hundred‘s cooling capabilities.

Room temperature was maintained at 20°C.

When the system was idling it drew about 120W at the wall socket which rose to 650W under heavy load. 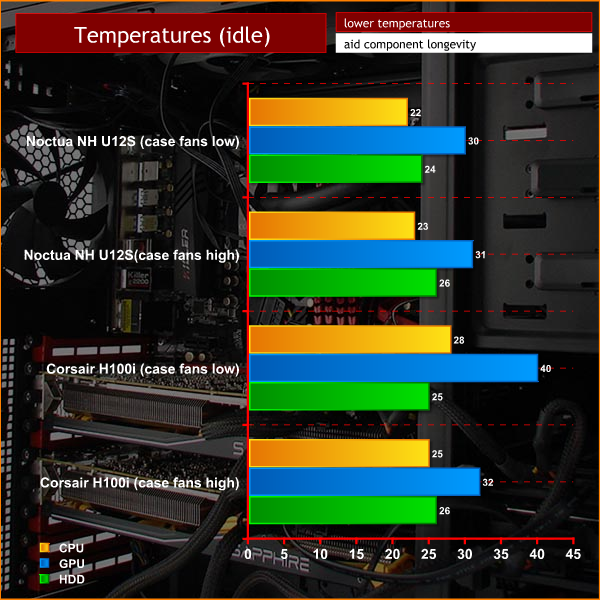 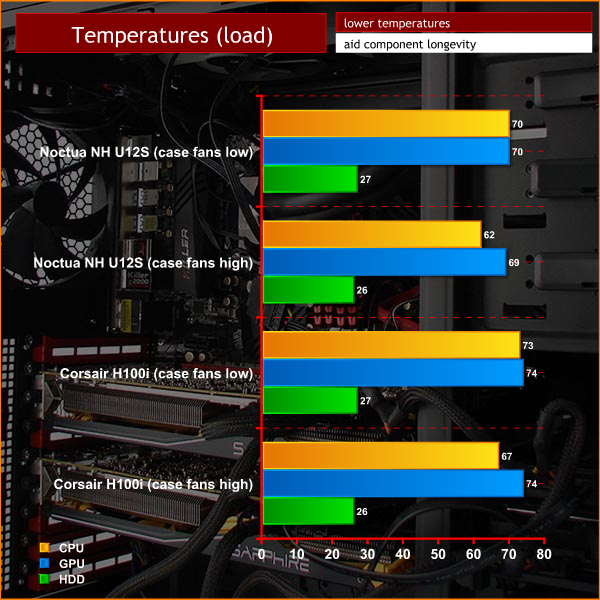 I tested the system using both Noctua NH-U12S air cooler and Corsair H100i liquid cooler and tried the six case fans with both low and high settings. My first conclusion is that you want to use the fans turned to high as that drops the temperature by eight degrees, regardless of the CPU cooler.

Secondly I was surprised to see the Corsair cooler delivered higher temperatures than the Noctua to the tune of four or five degrees. The short message here is that the system idles at 25-30c and rises to 65-70c under massive load which is pretty damn impressive. 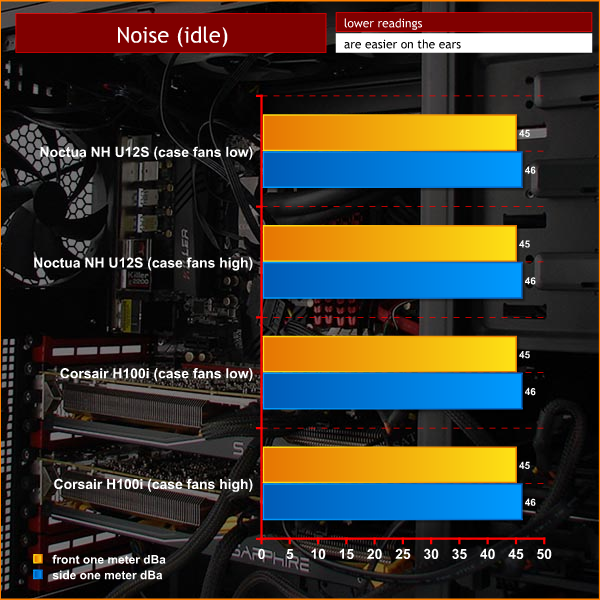 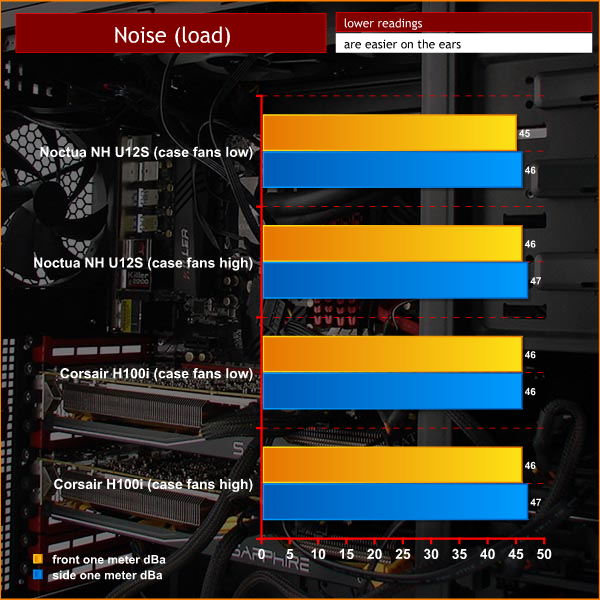 The cooling in this case is impressive for a high end gaming PC and stays rock solid at 45dBA-46dBA. The vast majority of the noise comes from the graphics cards when they are under load and it makes little difference whether you have the case fans on low or high. In fact the noise meter can barely tell the difference, although your ear will hear a slightly harsher tone.

It was a similar story when I installed the Corsair H100i system as the fans are slightly noisier than the Antec fans, but the difference is very small indeed. 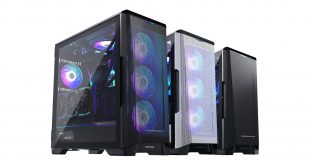