To put this case through its cooling paces I used a test system consisting of an AMD FX-8350 and Radeon R9 290. This system allows us to produce a substantial amount of heat and effectively test the Phanteks Enthoo Pro‘s cooling capabilities.

While I was getting to grips with the PWM hub I initially used the SATA power connector on the hub which isn’t necessary when you have a PWM connection. The result was that the two Phanteks case fans roared away at high speed and broke the 51dBA mark.

While this undoubtedly kept the case cool it was completely unacceptable for daily use and I used the ASRock BIOS to slow the fans down.

I want to emphasize here that the case fans were not running at full speed and the system could undoubtedly have been cooler, however the noise levels would have been unacceptable. This was a decent compromise for a gaming PC that you could use daily and the workload of Prime95 and FurMark was an extremely taxing test. 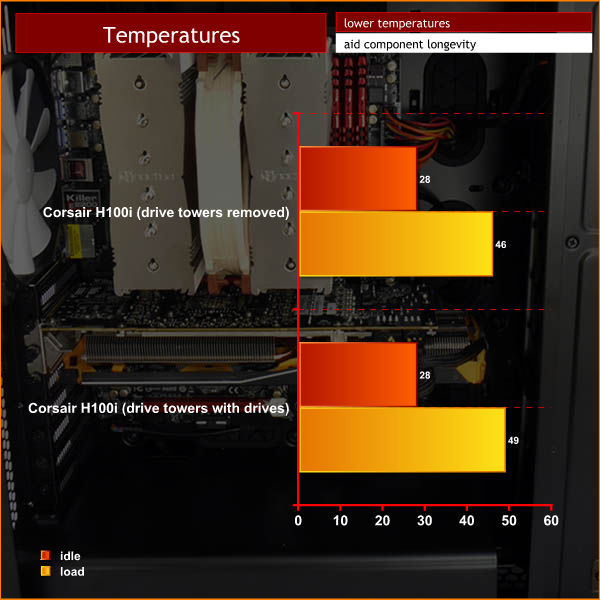 The CPU temperature was affected by the airflow from the front of the case with the drive towers and drives in place.  The Corsair H100i is a good cooler but the benefit here surely comes from air that is flowing upwards and straight out of the roof of the case without any hindrance.

Cranking up the PWM settings would make the 200mm case fan roar to such an extent that it was unbearable. It was also unnecessary as the low noise settings kept the toasty FX-8350 well within safe limits even while it was running synthetic benchmarks. 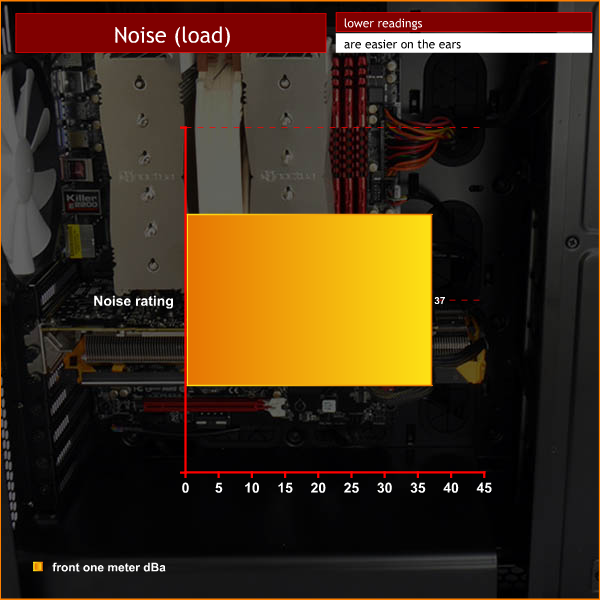 We tested with the Corsair H100i liquid cooler which has two 120mm fans that were blowing straight out of the roof of the case. If you want to drop noise levels further, then we recommend using some of the Aerocool Dead Silence fans – check out our review here.