To measure the performance of TR4 CPU coolers, we devised an easily repeatable series of tests. The only variable is the coolers themselves to ensure the results can be accurately compared against one another.

To reflect current hardware demands, we have updated the test system at KitGuru. It now comprises of an X399 platform and included, is the AMD Zen+ Threadripper 2950X, mated with a Gigabyte X399 Aorus Gaming 7 motherboard and 32GB (4x 8GB modules) G.SKILL Trident Z RGB DDR4 RAM, running at 3200MHz CL16. Our storage device is the Corsair Force LE 120GB SATA SSD. A Gigabyte RTX 2070 Super GPU is installed to enable a display output. Power to the test system is managed by a Seasonic Platinum Series 1000w PSU. Corsair TM30 thermal compound is used at all times to ensure consistency. 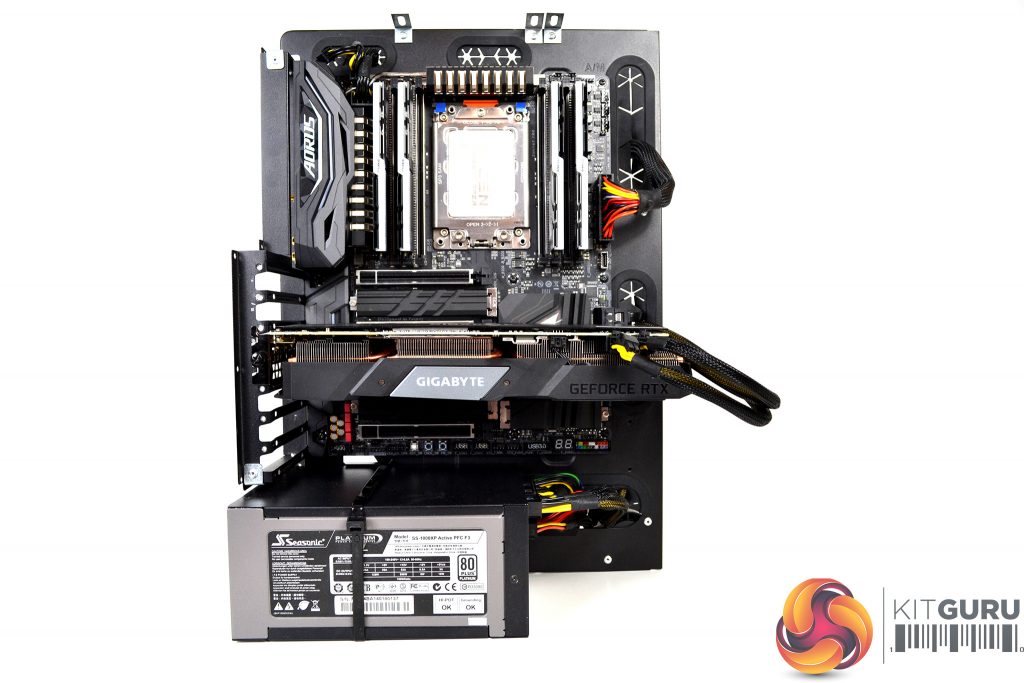 The procedure consists of several tests, that will produce eight temperature readings for each cooler. The data can then be used to compare cooling performance.

First, we will lock the 2950X at its 3.6GHz all-core base clock speed, with a 1.225V Vcore applied in the BIOS. Then, let the system idle in Windows for 15 minutes and measure temperature. At the same frequency, we will then measure the load temperature.

To simulate overclocked frequency, we will then lock the 2950X to 3.8GHz on all cores with a 1.25V Vcore and run the same idle and load test again. To measure an extreme overclocking situation, we will lock the 2950X frequency to 4.0GHz on all cores with 1.275V Vcore and run the tests one final time – this should push the limits of the cooling performance of even the very best CPU coolers.

Throughout testing, Load Line Calibration will be set to Level 6 (Turbo) in BIOS and all CPU fans/pumps set to maximum RPM.

As the 2950X is suited more for productivity, a 300-second loop of Cinebench R20’s multi-core benchmarks will be run, which amounts to 8 passes, followed by three passes of Blenders BMW CPU benchmark to give a better idea of temperatures during typical use.

Noise levels will be measured with our sound meter at a distance of 1 meter from the test bench. The cooler’s fans will be set to their maximum RPM rating. Ambient noise level in the room is measured at 37.4dBA and the peak noise level of the cooler will be recorded in dBA