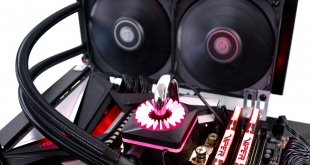 We are back with another all-in-one CPU cooler review and today we will be taking an in-depth look at the latest iteration from the Deepcool Captain series. The Captain 240X may have a familiar appearance to users of current Captain series coolers. However, it does feature some subtle tweaks compared to previous generations.

Just like all other Deepcool Captain coolers that came before it, the Captain 240X features the distinctive U-shaped pipe rising from the centre of the pump head. Unlike previous versions, the Captain X series has been upgraded from a glass pipe to a polished stainless steel design for a more robust and industrial looking appearance.

Another “upgrade” in the Captain 240X is the use of two specially tuned TF120 S fans, designed to match the radiator properties. TF120 S fans are equipped with Deepcool’s patented two-layer fan blades and flow-amplifying, noise-cancelling frames – the same design as see on the Deepcool Castle 240EX and similar to the ones used on the Assassin III tower cooler.

A feature which Deepcool is very proud of is its Anti-leak technology. The radiator is installed with an EPDM pressure relief bag. Once internal pressure of the radiator exceeds atmospheric pressure, the bag will contract to create a void which increases the internal volume of the radiator. Therefore, relieving pressure and lowering the risk of a leak. 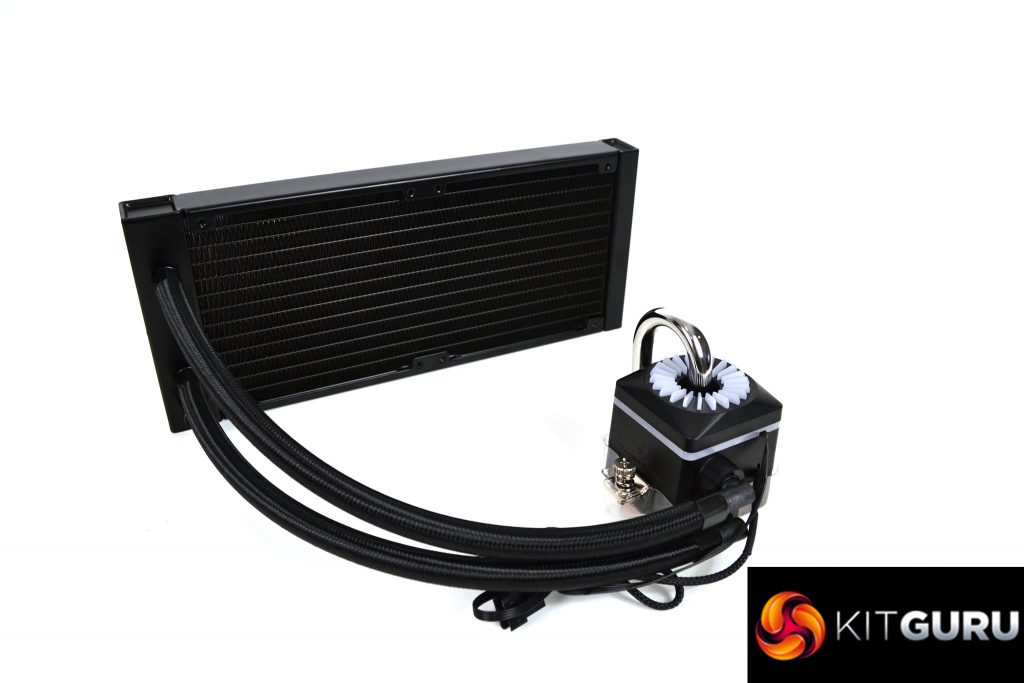 Although the pump housing of the Captain 240X looks very similar to previous versions, internally the pump boasts a new three-phase motor design boosting the rated TDP up to 250W – something which Deepcool claims makes it the ideal partner for high-end CPUs such as Intel Core i9 and AMD Ryzen 3000. However, the Captain X series is compatible with AMD socket TR4 and Intel 2066 so can be used with HEDT processors too.

Below the pump is a copper thermal transfer plate with micro-channel water passages and a dual-chamber design for optimal thermal dissipation. The pump impeller also features a ceramic bearing and axis for high wear resistance to provide a long pump life expectancy.

Due to the Captain 240X retaining the traditional housing shape, Deepcool was able to use its simple installation method with pre-installed sprung screw fastenings to provide a convenient installation process on all motherboard socket types, while its PWM hub and RGB extension cable allow for easy control of RGB lighting and fan speed configuration.

To cover all bases, Deepcool has opted for RGB lighting on the Pump only – this means users who require synchronised lighting effects are catered for, while others who prefer a more subtle approach can disable the RGB completely to be left with an understated, all-black aesthetic.

The Deepcool Captain 240X offers users with two choices in colour. A traditional black version is ideal to fit in with the more mainstream PC builds, while a white version is available for white themed rigs which are becoming more popular these days. Both versions are available to purchase now priced around £120 so in line with other 240mm AIOs from rival manufacturers.