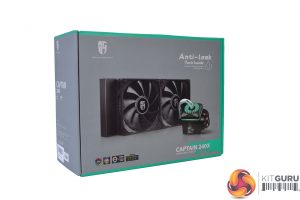 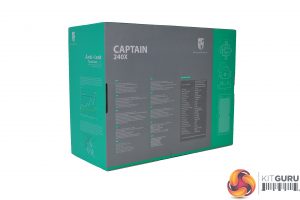 Deepcool has continued with its familiar grey and green theme for the packaging of the Captain 240X. The front of the box sports a large central image of the cooler with references to the Anti-leak technology and compatible RGB sync software in opposite corners. On the rear is a list of key features with diagrams and technical specifications listed too. 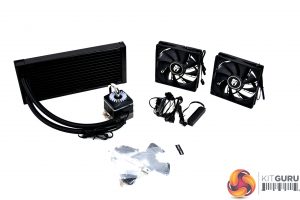 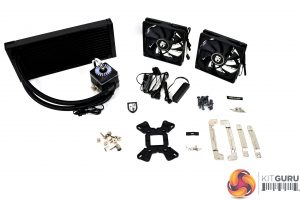 Once everything has been removed from the packaging, we can get a better idea of exactly what is included. Two TF120 S fans, a PWM hub, RGB controller, mounting hardware for both Intel and AMD platforms, along with a Gamer Storm self-adhesive emblem and the cooler itself are in the box. 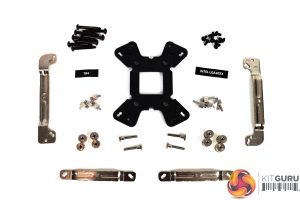 All the mounting hardware is sorted into separate bags with labels to indicate what platform they are for. A plastic universal backplate is supplied for use with Intel and AMD mounting hardware. Both Intel socket 20XX and AMD TR4 have their own specific standoff mounts which are supplied in the box too. 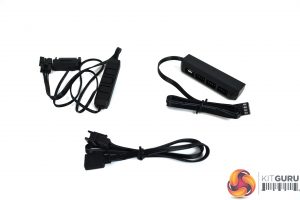 In terms of cables, the Captain 240X follows typical Deepcool tradition of keeping things simple. A small PWM fan hub is supplied with four fan headers, so the option to add more fans is available if required. A modest RGB controller has just three buttons to scroll through the various lighting options and is powered using a SATA power connection. Deepcool has also included a 4-pin RGB extension lead in case users choose to connect the RGB lighting direct to the motherboard header. 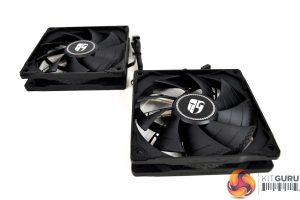 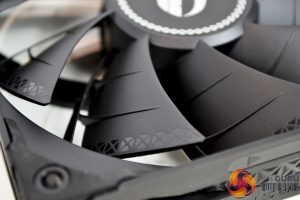 A closer inspection of the included fans confirms they are the same as those that come with the Deepcool Castle 240EX and feature the same patented two-layer fan blades. The shape of the fan frame is completely square to help direct airflow over the radiator. Anti-vibration rubbers are integrated into the four corners of the fan on both sides to suppress noise created by vibration when the fan is running. 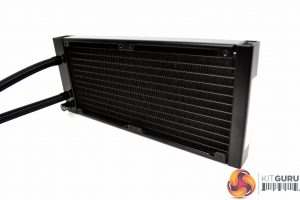 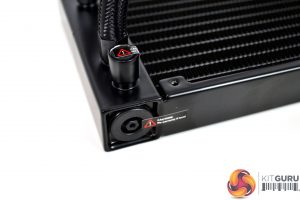 Moving on to the cooler itself, the radiator looks identical to the one used in other recent Deepcool AIOs. It has a smooth and even black coating throughout and in the lower corner under the tubing outlets is the Anti-leak bag, with a caution sticker applied over it. 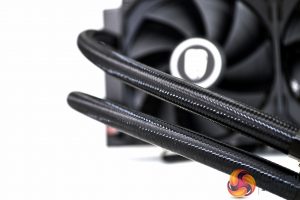 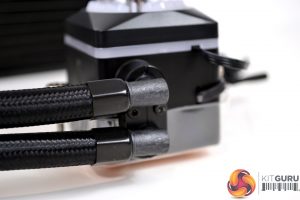 The cooler’s tubing is reinforced to prevent kinks when manipulating into place and includes black braided sheathing for a premium finish. On the pump end of both tubes are rotating fittings to assist routing and positioning over the CPU socket. 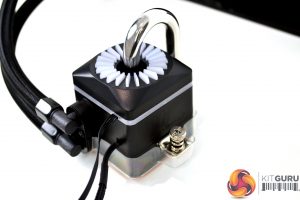 The pump housing is primarily constructed from plastic which has a high quality, sturdy feel. On the top of the pump housing is the RGB lighting which is made up from thin opaque plastic sections in a circular design. A stainless steel U-shaped pipe rises from the centre of the pump head, which then connects back to the side outlet on the pump body. 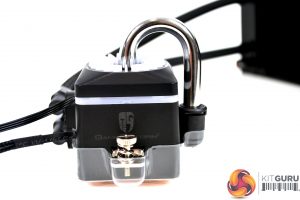 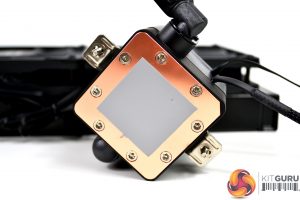 On either side of the pump body, just above the mounting brackets are subtle Game Storm logos and on the underside, there is a large, smooth, square copper thermal plate which has an even and accurately machined finish, with a pre-applied thermal compound coating. 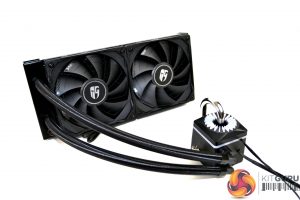 Overall, the radiator, pump, fans, all accessories and installation hardware seem to be manufactured from high-quality materials. Deepcool has done a good job with the mix of black/silver aesthetics and the RGB portion of the pump housing is the right amount for RGB enthusiasts. However, users who prefer to omit RGB can simply turn it off completely.