Intel is expected to announce advanced cooling solutions for its upcoming Project Athena laptops at CES 2020 next week. Project Athena is Intel’s innovative new series of compact ultra-thin and light laptops, with the first wave expected to launch soon.

As reported by Techpowerup, sources at DigiTimes suggest that Intel will announce its advanced cooling solutions for the new range of Project Athena laptops at the first big electronics event of the year, CES 2020. Intel claims that Project Athena will produce some of the most impressive and compact laptops ever and the company wants users to be able to enjoy using laptops in all environments by making them run as cool as possible.

New cooling solutions that Intel will equip Project Athena laptops with is expected to produce an additional 25-30% more thermal headroom. Thermal headroom is important as it allows processors to maintain higher core boost frequencies for longer periods, meaning devices can perform at their maximum level for longer. This is often a challenge in laptops since space is limited, especially in compact and slim devices. 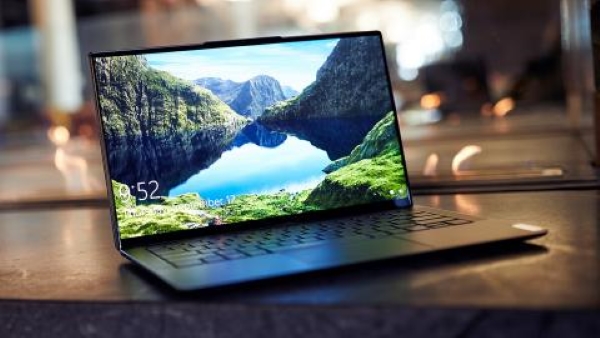 The cooling system for Project Athena is expected to combine vapor chambers and graphite sheets to offer a powerful solution inside a slim chassis. Traditional laptop cooling solutions are sandwiched between the keyboard and the lower casing with only a small surface area available to dissipate heat. Intel will combine the vapor chamber with graphite sheets to create a larger surface area and therefore allowing for improved heat dissipation.

Vapor chambers in Project Athena laptops will replace current thermal solutions and connect to graphite sheets behind the laptop display, via the lid hinge, where there is potential for greater surface area. A redesign of the laptop lid hinge will more than likely be necessary to accommodate this new cooling solution, so we may well see some innovative new aesthetic designs. This idea also allows the potential for manufacturers to make fanless laptops, meaning near silent operation will be possible.

KitGuru says: Look out for Intel’s new Project Athena laptops with these new cooling systems at CES, it will be interesting to see what the company has come up with and how these new laptops will look with this cooling solution implemented.