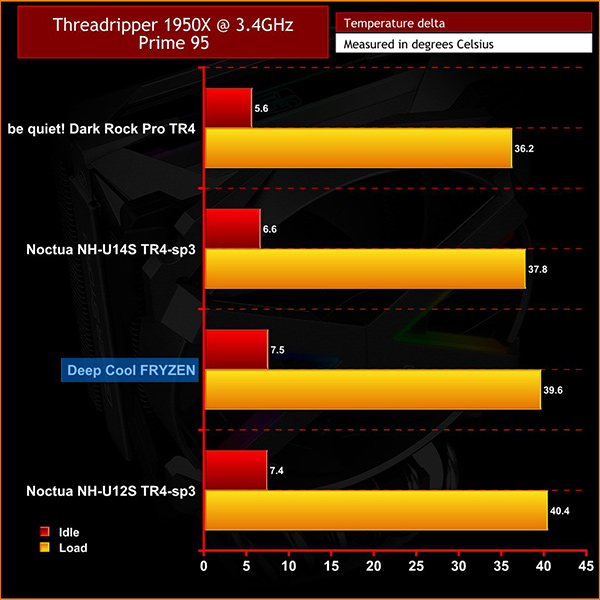 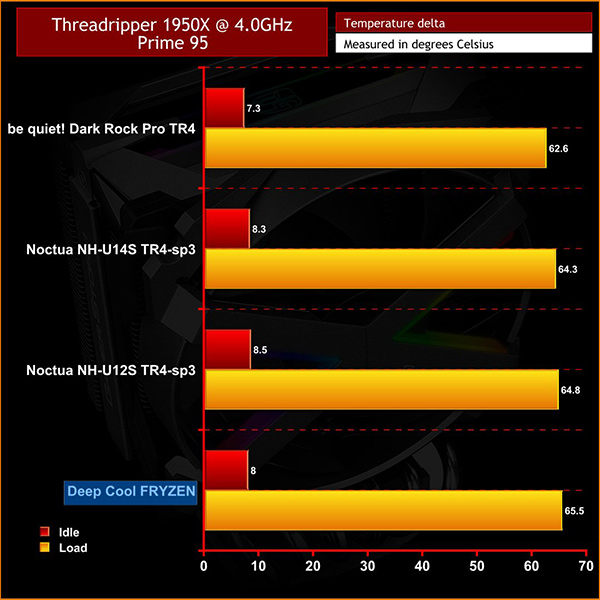 With prime 95, for a single 120mm cooler, it actually keeps things pretty cool, even with our 1950X overclocked to 4.0GHz. 65.5 degrees being pretty reasonable, even when compared to the Dark Rock Pro TR4 tested on the same setup previously.

Idle temperature for both 3.4 and 4.0Ghz don’t pass beyond 8 degrees, and at 3.4GHz at max load, it’s only a few degrees behind the Dark Rock Pro TR4. 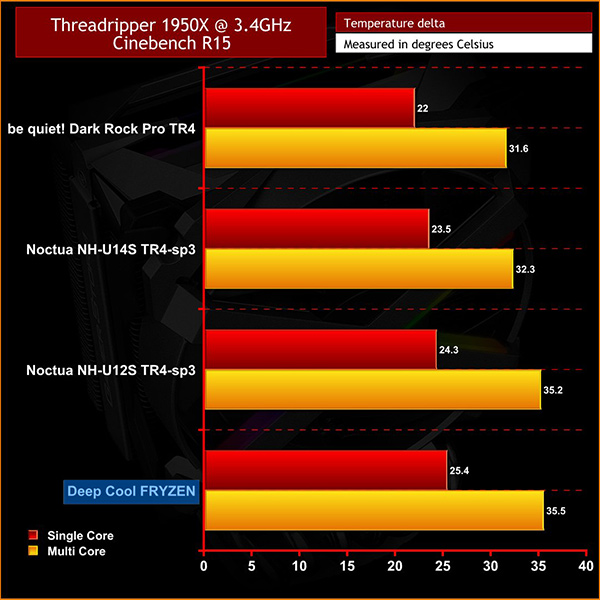 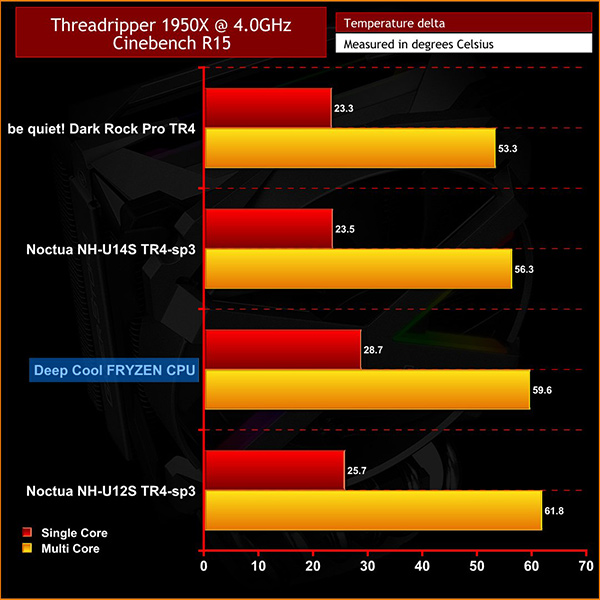 For Cinebench number of passes were run to ensure temperatures stabilised, as the multi-core test absolutely flew by, but temperatures for both single and multi-core still look promising with a max of 59.6c at 4.0GHz.

Single core tests only really designed to give you an idea of temperatures when not utilising the full 32 threads of the 1950X but still looking good under 30 degrees.