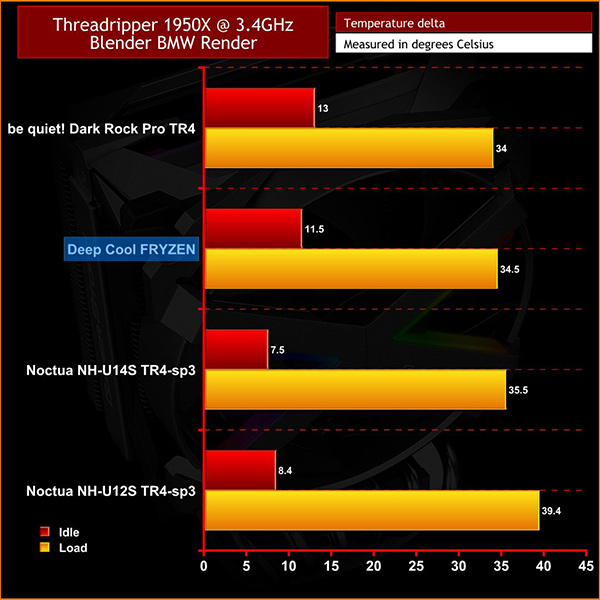 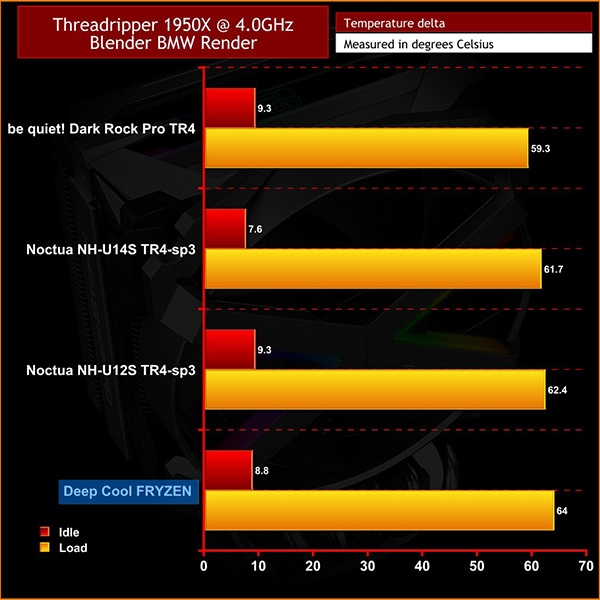 For Blender, it’s as we’d expect basically sitting in between both prime and Cinebench in terms of temps. At 4.0GHz the 1950X hit 64 degrees, so a little below our prime testing, and about 4 degrees hotter than Cinebench.

At stock, temps were actually a tiny bit lower than both Cinebench and Prime, but a much better representation of temps when rendering say. 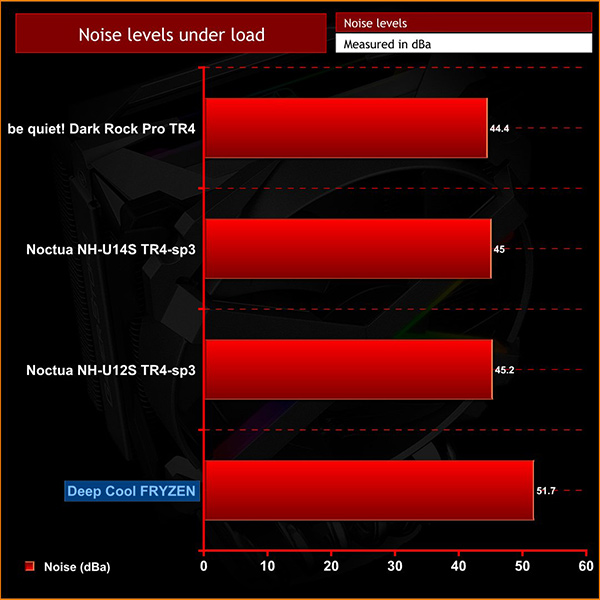 Audible noise was a little louder, however, which for a single 120mm fan cooler is to be expected. The included fan running at full speed, 1800 RPM, was a little louder than say the Dark Rock Pro TR4 which tops out at 1500RPM but the 51.7 dBa wasn’t exactly unbearable.