Avago Technologies continues to resell assets it got from LSI last year. On Thursday Avago and Intel said that the latter will acquire the Axxia networking business from the former. The acquisition of Axxia essentially makes Intel a supplier of network processors based on ARM Cortex and IBM Power processing technologies.

Intel will pay Avago $650 million (€486.4 million, £389.54 million) in cash and expects to close the transaction in the fourth quarter of calendar 2014. The Axxia networking business generated revenues of $113 million in calendar 2013 and employs approximately 650 people.

Intel needs to diversify its businesses, enter new markets and enrich its server and client platforms. While Axxia may not be the most successful supplier of enterprise communication processors, it has a lot of related assets, which could either be used to develop x86-based communication processors or be integrated into Intel’s server solutions. 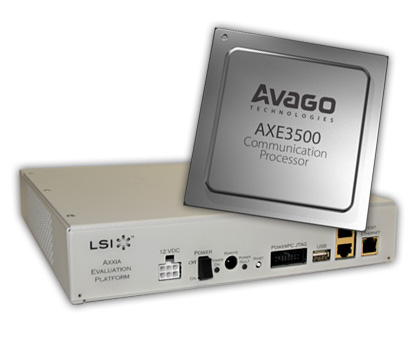 KitGuru Says: While it is obvious why Intel is interested in the Axxia business, it is completely unclear why Avago continues to get rid of assets it got from LSI so fast.