It is not a secret that Samsung Electronics is developing its own 64-bit ARMv8-A-compatible general-purpose processing core. This month the full-custom core from the company gained support from developers of tools used to create software.

The latest versions of GNU Binutils, a collection of binary tools, as well as GNU Compiler Collection, released this month support all the latest ARM Cortex (A17, A72, M7) as well as proprietary full-custom cores designed by ARM’s partners, including Applied Micro X-Gene 1, Cavium ThunderX as well as Samsung Exynos M1 (previously known as Mongoose).

While the rumours about Samsung’s plan to introduce its own general-purpose cores have been floating around for a long time, this is the first official confirmation of the project. Moreover, addition of the support means that the new Exynos M1-powered system-on-chip already exists in silicon and is being tested by Samsung Electronics internally at the moment. It is possible that closest software partners of the South Korean giant also have access to the new SoC.

Traditionally, developers receive the first samples of their microprocessors 9-12 months before the start of mass production. If Samsung plans to use an application processor based on its first full-custom general-purpose processing core inside its next-generation Galaxy S7 flagship smartphone, then it is not surprising that the company is already testing this SoC with M1 technology.

Nothing particular is known about the Samsung Exynos M1 microprocessor core. The only two things that are currently clear is that it is a 64-bit ARMv8-A-compatible core fully developed in-house by Samsung. Since Samsung is a founding member of the HSA [heterogeneous system architecture] foundation, it is highly likely that its upcoming application processors will be HSA 1.0 compatible and will thus use GPU stream processors for general-purpose tasks, saving power and providing massive performance improvements. The future-generation Exynos chips with M1 cores will be used for smartphones, tablets, media players, TV-sets and other consumer electronics.

“The Samsung Exynos M1 implements the ARMv8 ISA and this patch adds support to GAS for it through the -mcpu command-line option,” the description of the core written by a Samsung employee reads. “The patch was tested on aarch64-unknown-linux-gnu without new failures.” 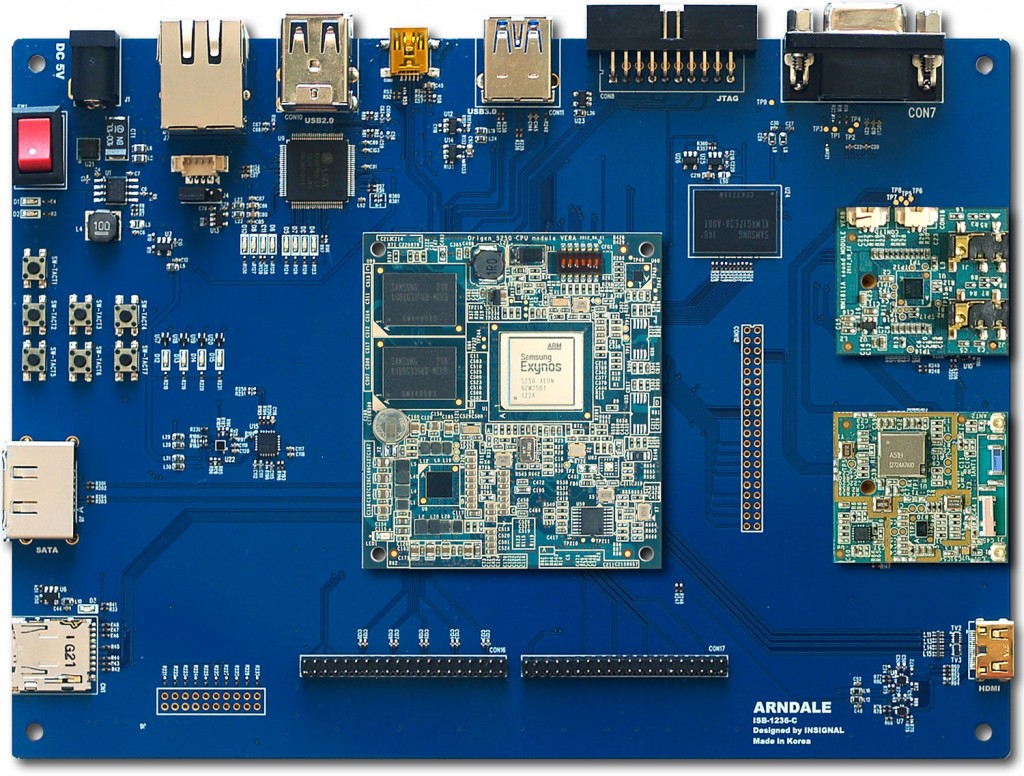 According to recently released information, Samsung began to work on its custom general-purpose ARMv8-compatible core in 2011. For about four years now, the company has been hiring microprocessor developers from companies like Advanced Micro Devices.

KitGuru Says: Software optimizations are crucially important for modern central processing units. It is great to see that Samsung has already added support of its chips to popular software development tools. Since programmers will begin to design applications for Samsung’s upcoming SoCs shortly, in the coming months we will likely learn more about the Exynos M1 core and why it is better than ARM’s Cortex-A72.