The slide claims that performance comparisons were measured in the same chassis and both processors are said to be tested with all security patches available as of 4th November 2019. Performance comparisons of the two CPU’s include results from benchmarks such as Cinebench R15 and SYSmark 2014 SE, among others. 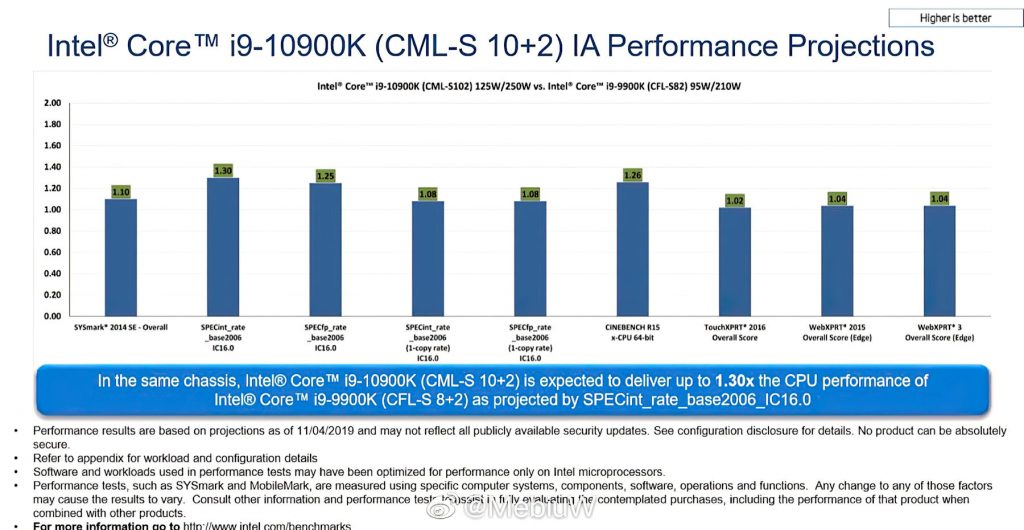 KitGuru says: Since the 10th generation Intel Core processors will be fabbed on the current 14nm process, it is likely this Core i9-10900k performance improvement will come from the extra cores and higher frequency rather than any major IPC gains. What do you guys think to this information about the upcoming Intel Core i9-10900k performance? will any of you guys be upgrading to 10th Gen CPUs when they become available?