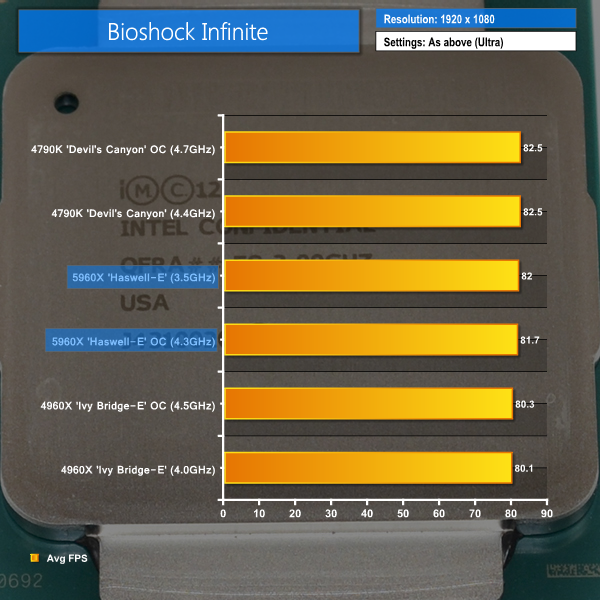 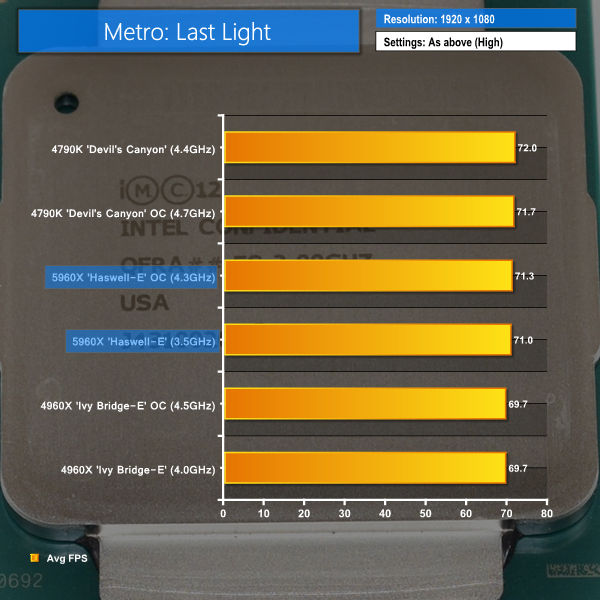 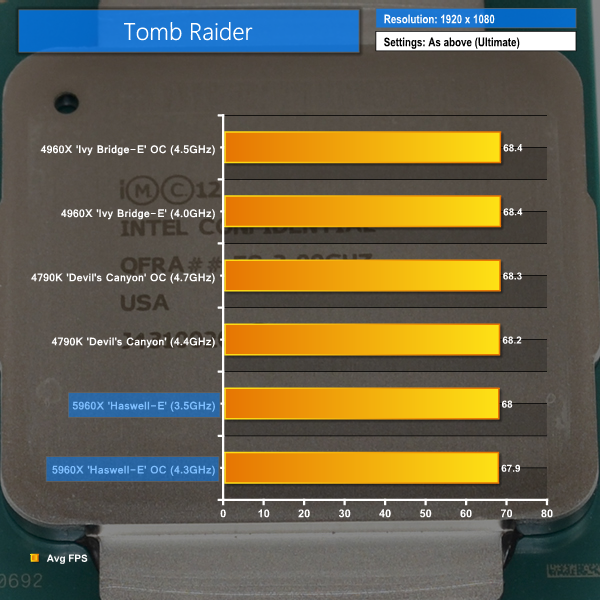 Gaming performance was never going to be a strength for Haswell-E. Even many of today’s games show little improvement when moving up from a four-core Intel chip, and that point is only emphasised with a GPU-bound resolution.

While the 5960X doesn’t take any gaming performance leads, it doesn’t get left behind by the high-speed 4790K either. What did surprise us was the change (or general lack of) in benchmark scores when an 800MHz clock boost was applied.

Clearly our settings are limited by the graphics card, resolution, and game configuration. We are looking into better ways of outlining gaming performance differences between processors. The higher computational demands brought about by a 4K resolution may be a situation where the parts with higher core counts could shine. We don’t believe in testing at 1024×768 (or less), because it is not even close to a ‘real world’ enthusiast gaming environment in 2014.