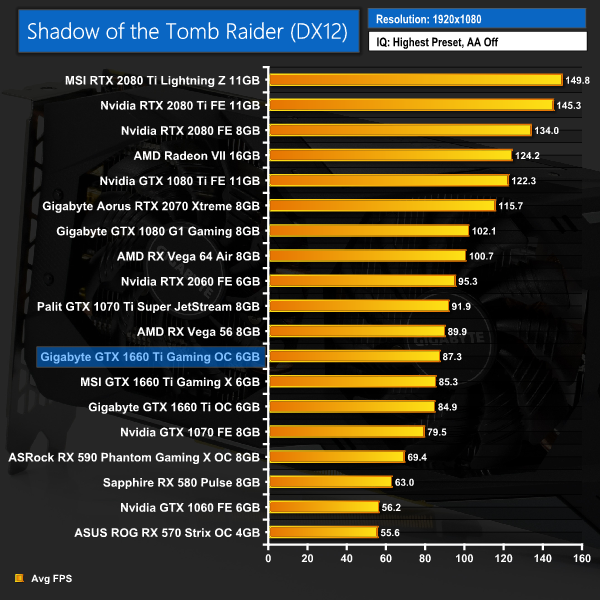 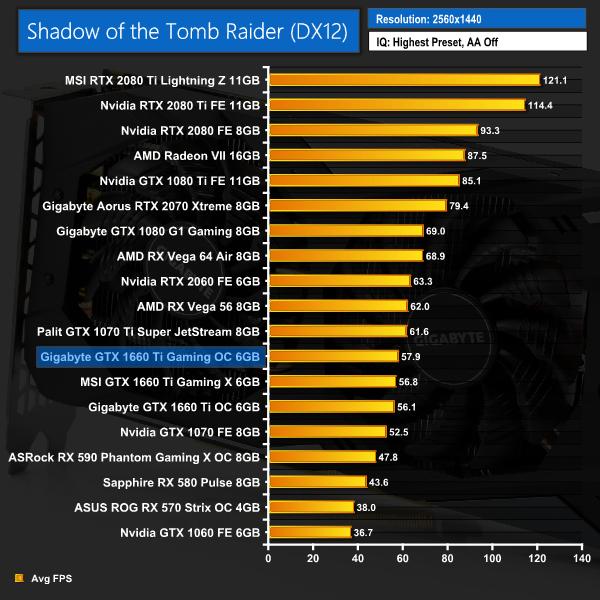 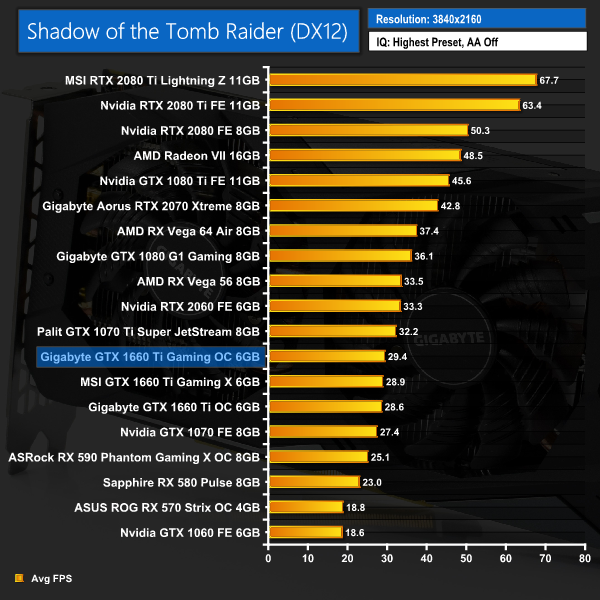 Shadow of the Tomb Raider demonstrates the biggest difference in performance between our GTX 1660 Ti models, though at 1080p the gap is still just 2.4FPS. Clearly, there is hardly anything between these partner cards.