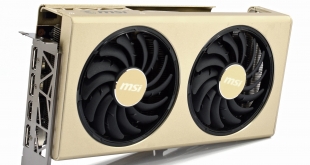 We got our first look at a custom Navi graphics card last week, courtesy of Sapphire’s RX 5700 Pulse, and today we are following that up with a review of MSI’s RX 5700 XT Evoke OC. The first thing you will notice about the card is its eye-catching ‘champagne gold’ shroud, but the Evoke OC also ships factory overclocked with a dual axial fan cooler. Priced at £439.99, is this the Navi card to get?

We’ve seen some gold-themed graphics cards before – MSI’s own RTX 2080 Ti Lightning Z comes to mind – but I have never seen a card that is entirely gold. MSI says the RX 5700 XT Evoke OC is ‘champagne’ coloured, and it’s certainly a unique colour scheme for a graphics card.

The dual fan cooler and four heatpipes should keep the core cool, though, so temperatures and acoustics will hopefully be much improved over the reference card. Clock speeds have also been given a slight boost over reference, with the Evoke’s game clock rated at 1835MHz, 80MHz higher than the reference design. 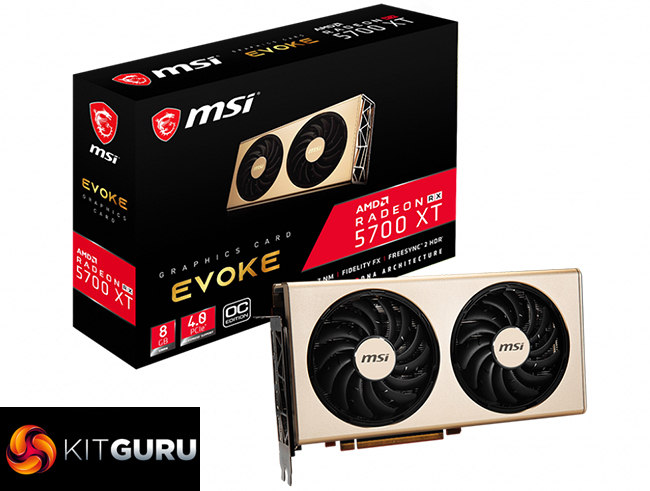 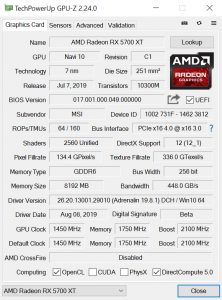 Other than that tweak to clock speed, the core spec of the MSI Evoke OC is unchanged from stock. We have 40 Compute Units (CUs) and 2560 stream processors, while the 8GB GDDR5 VRAM runs at its stock speed of 14Gbps. Despite the increase in core frequency, total board power is still rated at 225W, as per the reference design.