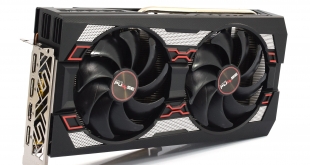 AMD's Navi-based RX 5700 and RX 5700 XT graphics cards launched last month, and we received them very favourably with both cards coming in faster than their Nvidia counterparts at the same price. The major letdown was, of course, the reference cooler, so we have been eagerly waiting for custom cards to see what they can do. Well, the wait is over as we can now present our review of Sapphire's RX 5700 Pulse!

Ditching the blower-style cooler for a traditional dual-fan design, Sapphire's RX 5700 Pulse should hopefully offer improved temperatures and acoustics versus the reference card. It is worth pointing that Pulse is a more entry-level family, designed to offer solid performance without much in the way of added frills or extras which can drive the price up. We are expecting to see Nitro cards from Sapphire as well, but at the moment we are still waiting for details about those cards.

As for the price, AMD's RX 5700 has a MSRP of £329 and reference cards have been available at – or just above – those prices pretty much since the initial launch on July 7. Sapphire has confirmed to us that the 5700 Pulse will cost £365, with Overclockers UK also listing the card at that price. This makes the Pulse £36 more expensive than the MSRP, an 11% increase. 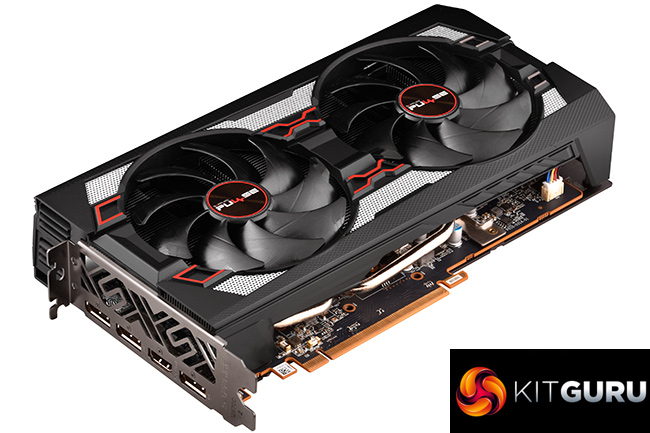 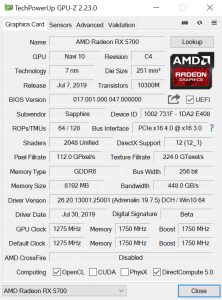 For clock speeds, Sapphire has pushed things a little bit, with a rated game clock of 1700MHz – 75MHz higher than reference speed. Remember, the ‘game clock' isn't a guaranteed figure but should be representative of the speeds the GPU is able to achieve while gaming. This is something we test later in the review.

Lastly, 8GB of GDDR6 memory is provided with the RX 5700, operating at 14Gbps over a 256-bit bus. These are actually exactly the same memory modules as found on Nvidia's Turing-based RTX cards (bar the 2080 SUPER).