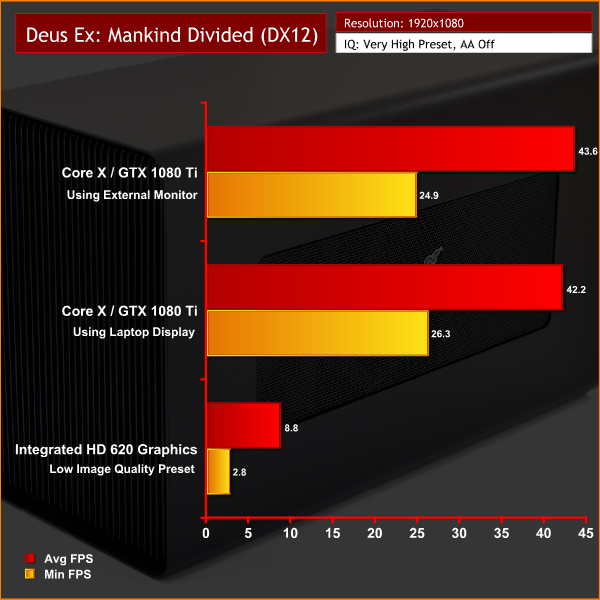 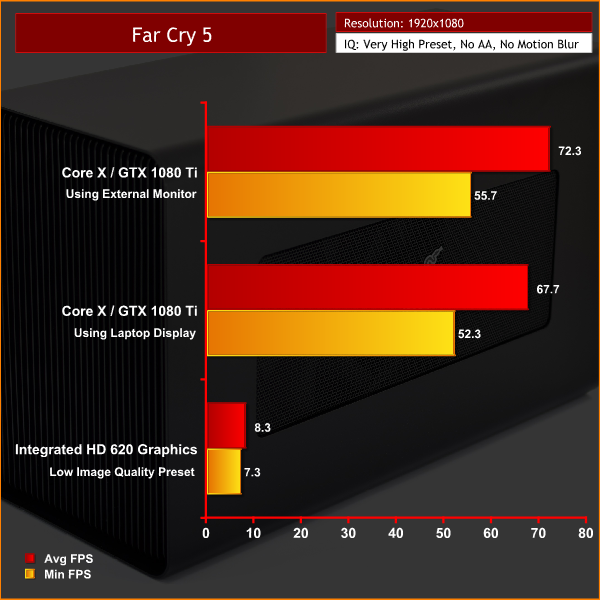 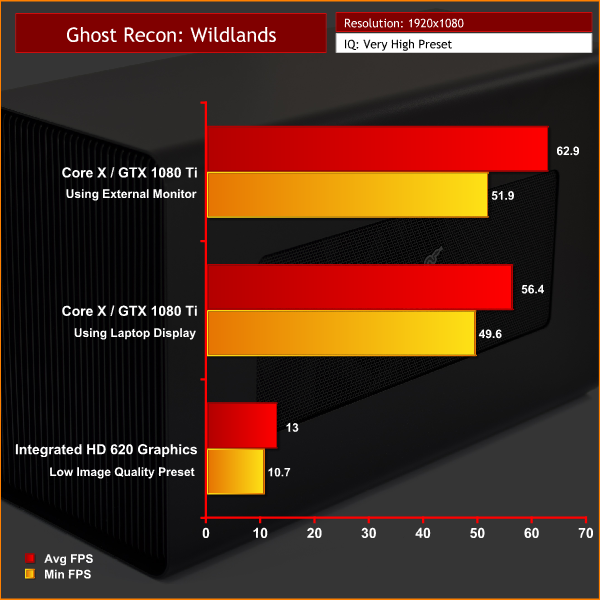 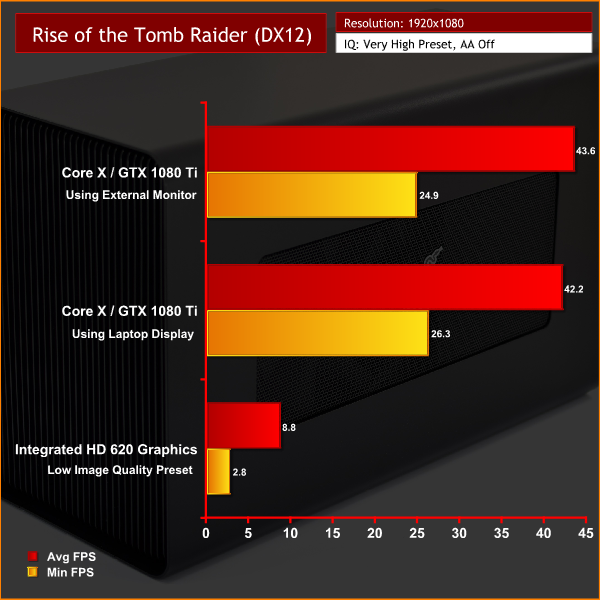 Across the four titles played, a Core X and GTX 1080 Ti provides very playable frame rates at 1080p. Those of you who have tried to game using Intel HD graphics will know it is a hopeless task – even with the lowest possible image quality settings used. The Core X is quite a step up in that regard.

The benefits to using an external monitor again show themselves – the margin varies per game, but the difference is over 6 FPS in Ghost Recon: Wildlands, and nearly 5 FPS in Far Cry 5.