To see how much benefit using a Core X with a dedicated graphics card can help video rendering times, I exported a 1min30 4K30FPS video file with and without the Core X connected. I exported using Adobe Premiere Pro CC, using the YouTube 1080p HD Preset. 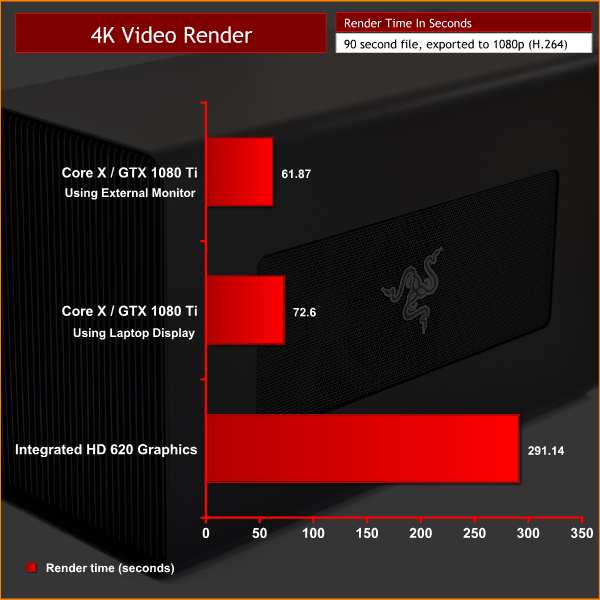 There are again clear benefits to using the Core X, and using it with an external monitor gave a 15% faster export time than using the laptop’s screen. For any video editors who don’t want to be burdened with a big Core i9 laptop with a discrete GPU, using an Ultrabook and connecting to a Core X at home would certainly be one way of increasing render times. 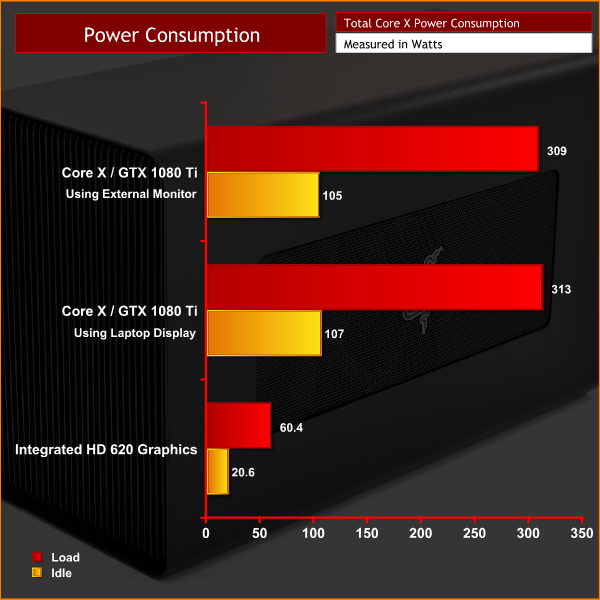 Power consumption with the Core X and GTX 1080 Ti is obviously much higher than what the laptop itself draws, but just over 300W is nothing to be concerned about – an equivalent desktop system would draw a similar amount, if not more.

You will notice that power draw does not seem to change much whether or not an external display is used, and the 100W idle power draw figures can be explained by the fact that the Core X will always be charging your laptop as it is plugged in – so the Blade Stealth in this instance would be drawing a constant 65W from unit, even if the graphics aren’t active.