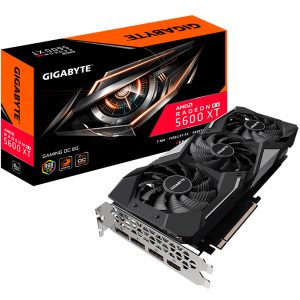 The “Gaming OC” model uses Gigabyte’s Windforce 3X cooling system, boasting three 90mm fans with alternate spinning capabilities. These fans will cool the heatsink that receives the heat generated by the GPU through five copper pipes. This cooling solution aims to keep the components at low temperatures, including the graphics card MOSFETs and VRAM modules. According to Gigabyte, these low temperatures will ensure the graphics card performance and stability while working, and extend its lifespan at the same time.

There’s also a black backplate to reinforce the graphics card structure, reducing the risk of bending the PCB, and to give “the external design a more textured look”. The logo on the cooler’s shroud has RGB lightning (16.7M colours), capable of syncing with other AORUS components through RGB Fusion 2.0. 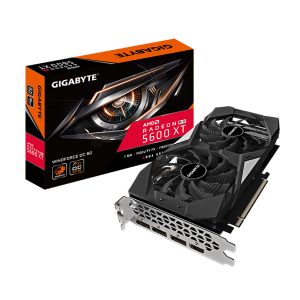 On the other hand, there’s the “Windforce OC” version, with a 2X 90mm alternate spinning fans on its cooling solution, which has a smaller heatsink compared to the “Gaming OC” card. Just as its bigger brother, there’s a black backplate to protect the graphics card, and “Ultra-Durable top-grade materials” are used for stable performance, so gamers can focus on their experience.

The clock speeds of both graphics cards are yet to be defined, although it’s expected that the memory clock will be kept at 12 Gbps.

KitGuru says: Could your next graphics card be a RX 5600 XT?