A new report suggests that Nvidia might move the production of Ampere GPUs from Samsung's 8nm to TSMC's 7nm process node. The same report claims that there should be a large volume moving to TSMC's 7nm, but it won't be the whole Ampere GPU consumer lineup.

According to DigiTimes, the reason behind this change is rumoured to be due to its affordability and because Nvidia plans to have an alternative manufacturer if Samsung faces any yield issues in its 8nm process node. Additionally, TSMC might also have some space to add a new customer like Nvidia because it had many customers moving to the company's 5nm process node.

Nvidia already has the GA100 GPU based on TSMC's 7nm, meaning that it shouldn't be that hard to change the architecture to fit in TSMC's process node.

It's not clear if Nvidia will just update its existing consumer GPUs to the 7nm process or if it will be used on a new line of consumer GPUs like the Super/Ti variants. The latter seems to be the most likely solution though.

KitGuru says: Will you wait to see if Nvidia is moving to 7nm before buying a new GPU? If Nvidia actually uses TSMC's 7nm, do you think it will be for the Super variants?

Previous Apex Legends has been rated for Switch
Next Many new Spider-Man: Miles Morales details have been revealed 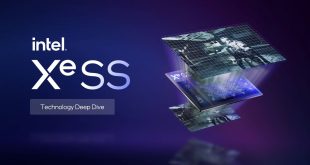