Dishonored was a surprise hit for Arkane Studios and Bethesda back when it first launched in 2012. The stealth-action game quickly went on to become one of the best games of that year and now we can finally get our hands on the sequel – Dishonored 2. This time Arkane Studios is using an updated version of the Void Engine and has expanded the in-game world quite a bit. How does the sequel hold up on PC? Let's find out. 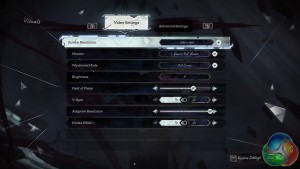 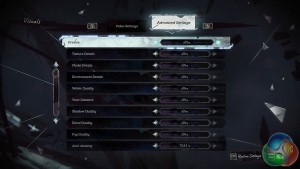 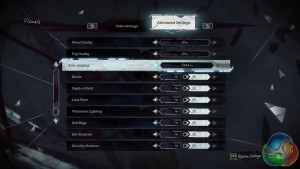 If you just take the options menu alone at face value, things don't look too bad. You can choose whether or not to enable HBAO+ and you can set up Adaptive Resolution, which will lower your resolution by a set percentage to try and keep frame rates up. Setting this option at 100% means the game will run at full resolution at all times. However, you can set it to drop by up to 50% during intense scenes. Unfortunately, this option doesn't appear to really make much of a difference right now so it may need a patch to get working properly.

Aside from that, you get your standard options across the board, with options for textures, the environment, view distance and more. You get two forms of anti-aliasing, FXAA and TXAA. The only thing that appears to be missing is motion blur.

While I don't normally dive into control options, I think it is worth pointing out that this game comes with the mouse sensitivity set really low by default. I had to go into the options and bump sensitivity up to 70-80 for decent mouse movement. Controller sensitivity, on the other hand, seemed to be fine by default. 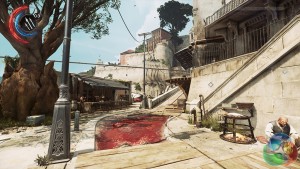 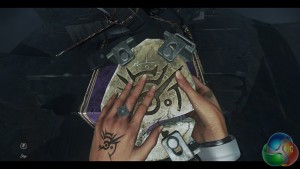 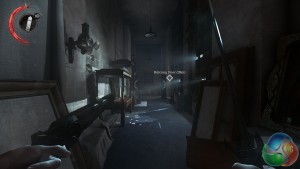 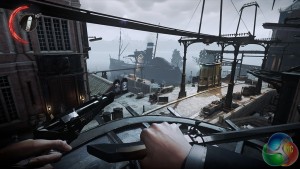 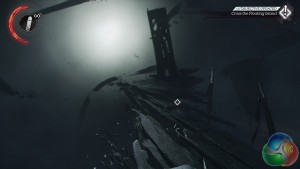 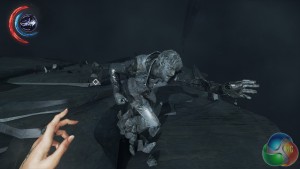 Dishonored 2 ditches Unreal Engine 3 and switches over to the Void Engine, which in itself is a tweaked version of the ID Tech 5 engine. This is the same engine used for games like Rage and Wolfenstein: The New Order, rather than the updated ID Tech 6, which debuted with DOOM this year.

Despite the engine change, the same art style carries over, with much of the world looking like an interactive oil painting. Due to this unique aesthetic, it is difficult to compare Dishonored 2 to other Triple-A games in terms of graphics as this game goes for a very different style. That said, the game looks good, you can tell some effort has been put into nicer textures and character models overall. The game world also feels a bit more vibrant than it did in the first game, with more splashes of colour.

For our performance tests today I will be running Dishonored 2 on the following system:

I previously had a Sapphire RX 480 for game testing but that sample has been sent off to someone else for the time being. I will hopefully be able to get my hands on another sample at some point in the near-future. Unfortunately, I am also having some critical issues at the moment with my XFX R9 390x sample, so I have chosen to exclude it from this test until we can get it sorted.

All of the graphics cards included in this test were run with the latest drivers installed. In Nvidia’s case that would be Driver Version 375.70 and on the AMD side, we are using Radeon Software 16.11.3. Both of these drivers were released with optimisations for Dishonored 2. Our results were obtained using FRAPS to record average and minimum frame rates. Our benchmark takes place during the first proper level of Dishonored 2 while running through the city streets of Dunwall and taking out all of the guards before the docks. 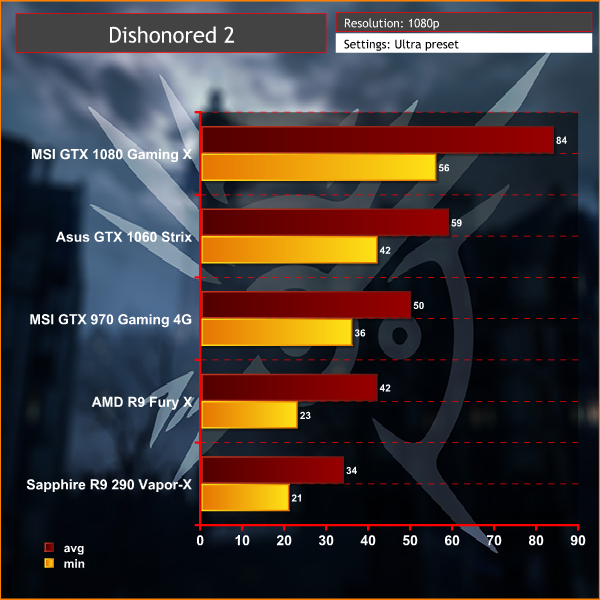 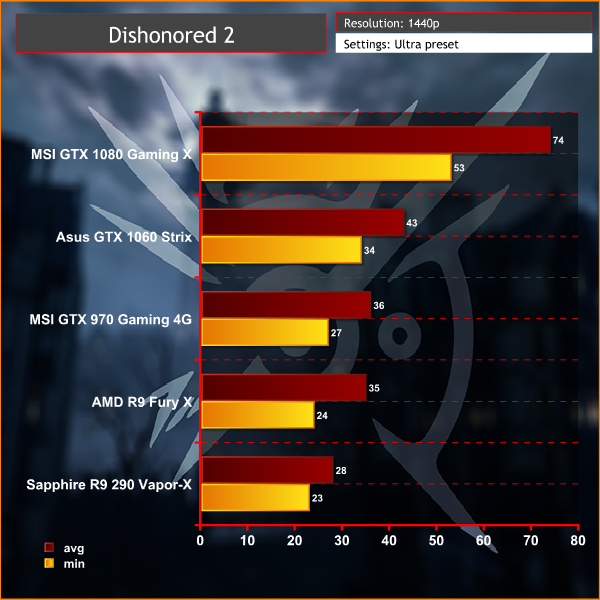 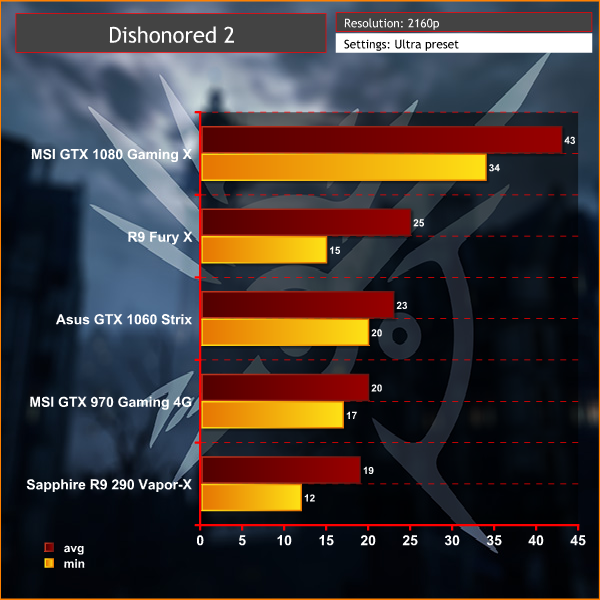 Dishonored 2 has some serious issues on PC. Frame rates are far too low across the board and while you can get some decent average frame rates, the minimums are much lower than we would like and really disrupt the experience overall. As you can see from our graphs, it is also very clear that this game heavily favours Nvidia graphics cards. Even the R9 Fury X failed to hit a 60 frames per second average at 1080p, which is crazy.

I would like to tell you that the situation dramatically improves by lowering graphics settings, but it doesn't. Even on medium settings I still observed some hefty frame rate drops, which is a real shame, particularly since the original Dishonored did a fine job on the PC back in 2012.

Aside from frame drops, the game has crashed on me several times. I have barely been able to get through an hour of play without the game locking up, forcing me to either force close it in task manager or restart my system entirely. Back in August I ranked Dishonored 2 as my most anticipated game of 2016 and going by my experience so far, it is my biggest day-one disappointment of the year.

At the time of writing, a few of the developers at Arkane Studios have acknowledged Dishonored 2's PC issues and are investigating them. If you were planning on grabbing Dishonored 2 on the PC, I would hold off until a patch has been released and we have had the chance to see how much it improves.

KitGuru Says: I had high hopes for Dishonored 2 but it looks like Arkane Studios has had some issues getting to grips with a new engine this time around. Hopefully some patches can fix it up soon but for now, I wouldn't recommend Dishonored 2 on PC.